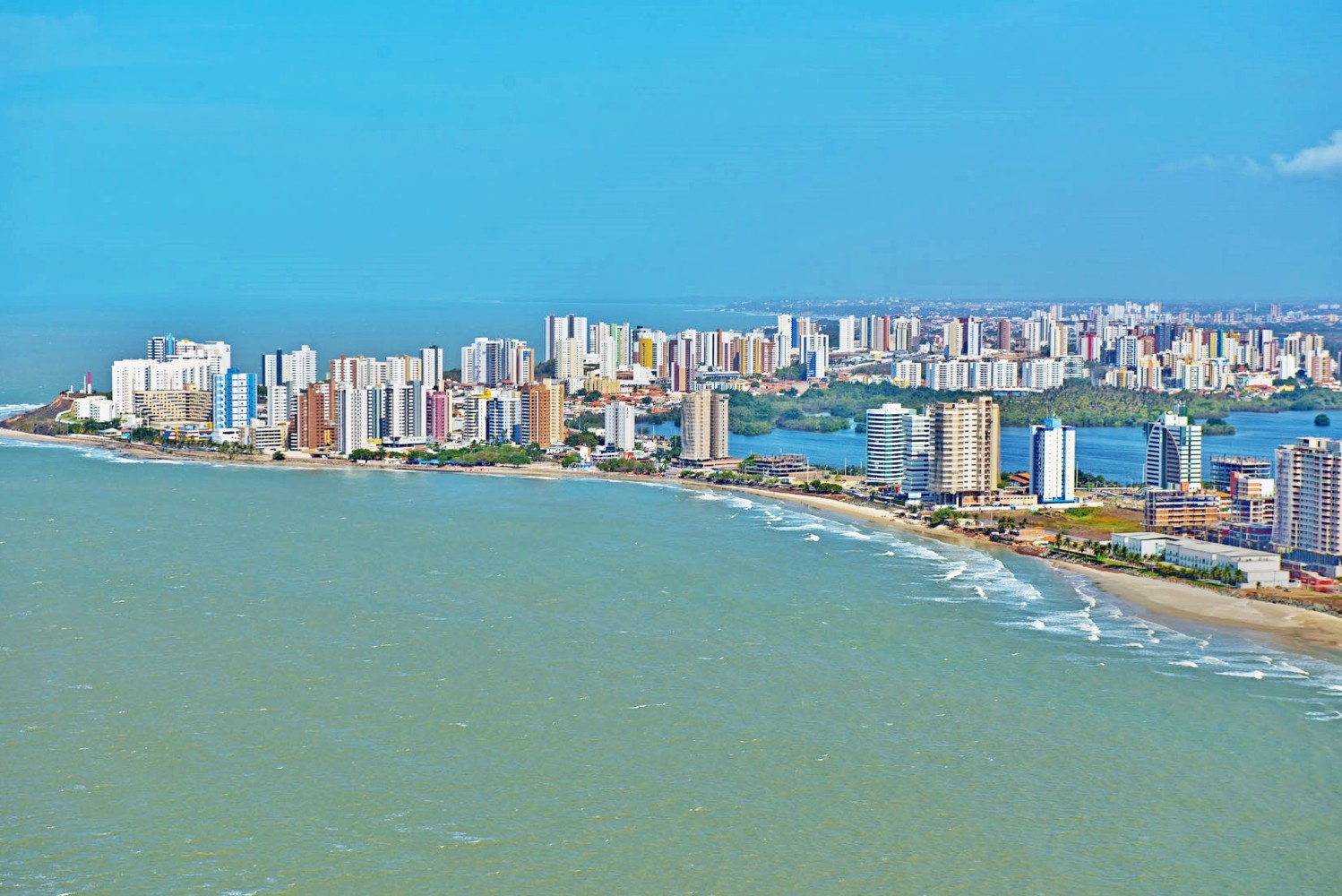 São Luís is one of the few Brazilian cities that was influenced by different peoples during its development.

The city was the only one in Brazil founded by the French, invaded by the Dutch and finally colonized by the Portuguese. This mix of cultures left an important architectural ensemble with more than 4,000 colonial mansions, the vast majority tiled, which highlight the historic center of the city as one of the most important in the country.

São Luís is surrounded by mangroves, rivers, forests, dune fields and has an extensive coastline with greenish waters. These beauties can be seen in different parts of the city – especially Praça Maria Aragão, with a privileged view of São Marcos Bay, and the municipality of Raposa, which houses the so-called “Fronhas Maranhenses”.

The historic center of São Luís brings together more than 4 thousand tiled colonial properties, which form an interesting neighborhood, formed by narrow streets, alleys, alleys and imposing mansions, built in the 18th and 19th century.

The area was recognized by Unesco as a Cultural Heritage of Humanity and concentrates interesting attractions of the Ludovica capital, such as the Casa de Nhozinho museum, on Rua Portugal, and the Palácio dos Leões, seat of the Maranhão government. 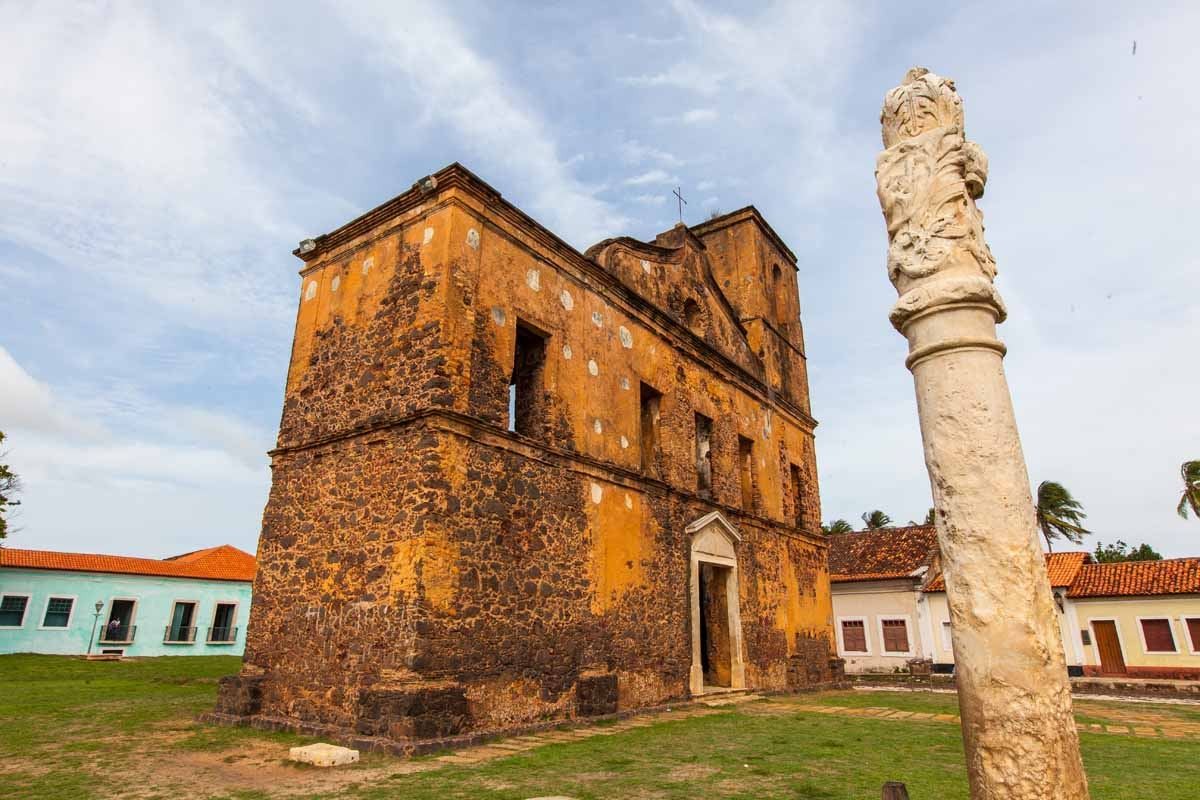 The charming colonial city of Alcântara is a good choice for those looking for a cultural and historical tour in the capital of Maranhão. To reach the destination it is necessary to take a boat (or catamaran) from the city's port, located on Av Beira Mar, in the Praia Grande neighborhood. The crossing lasts 1 hour and the boats leave twice a day.

Alcântara houses an important and well-preserved architectural complex. Tourists can also visit the beaches near the city, and those who choose to spend a night in the destination can still check out the wonderful flock of guarás-rosa, during the sunset.

São José de Ribamar is one of the four municipalities that make up the island of Upaon Açu. The city is 40 km from the capital of Maranhão and is home to one of the most important religious sanctuaries in the Northeast. 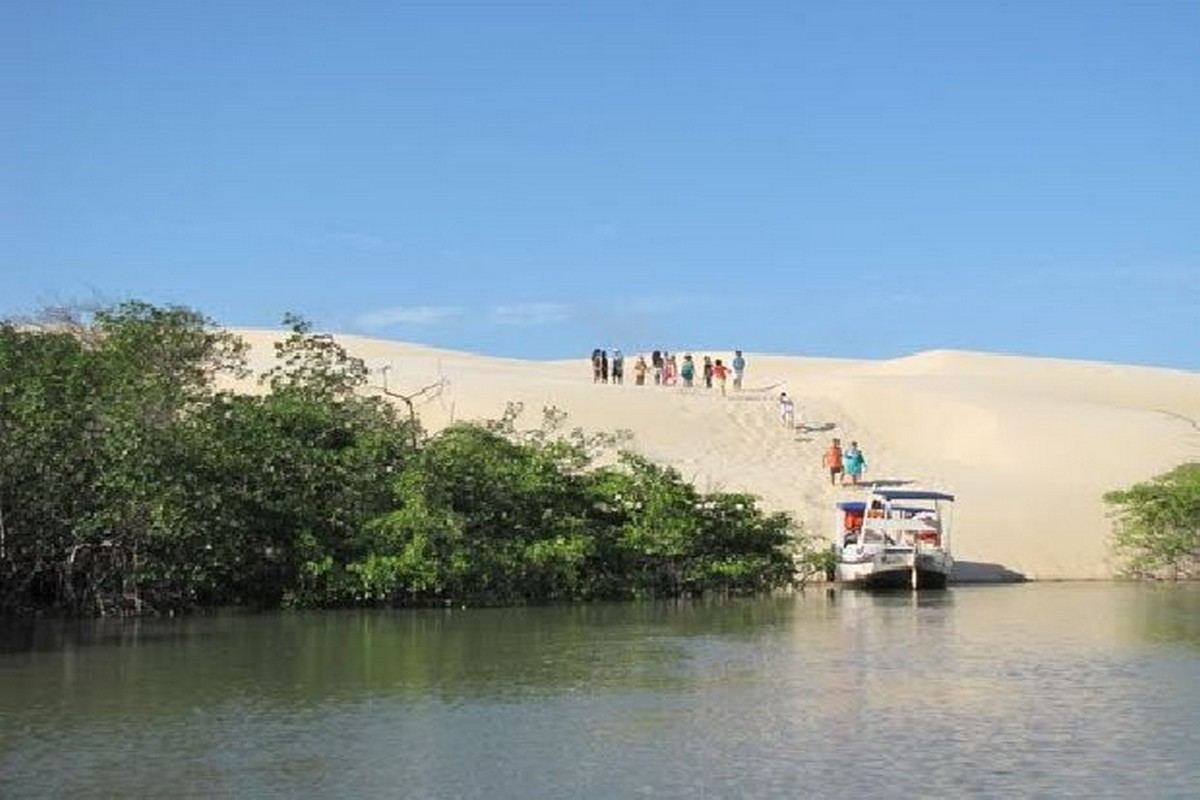 The small set of dunes located in the municipality of Raposa, 28 km from São Luís, attracts tourists looking for a different tour of the destination. Baptized as “Fronhas Maranhenses” the small territory covered by dunes is accessible on a fun boat ride, which departs from the city's port.

The tour lasts 4 hours and offers two other stops: the first for a relaxing mangrove bath and the other to taste the oysters created in the destination. 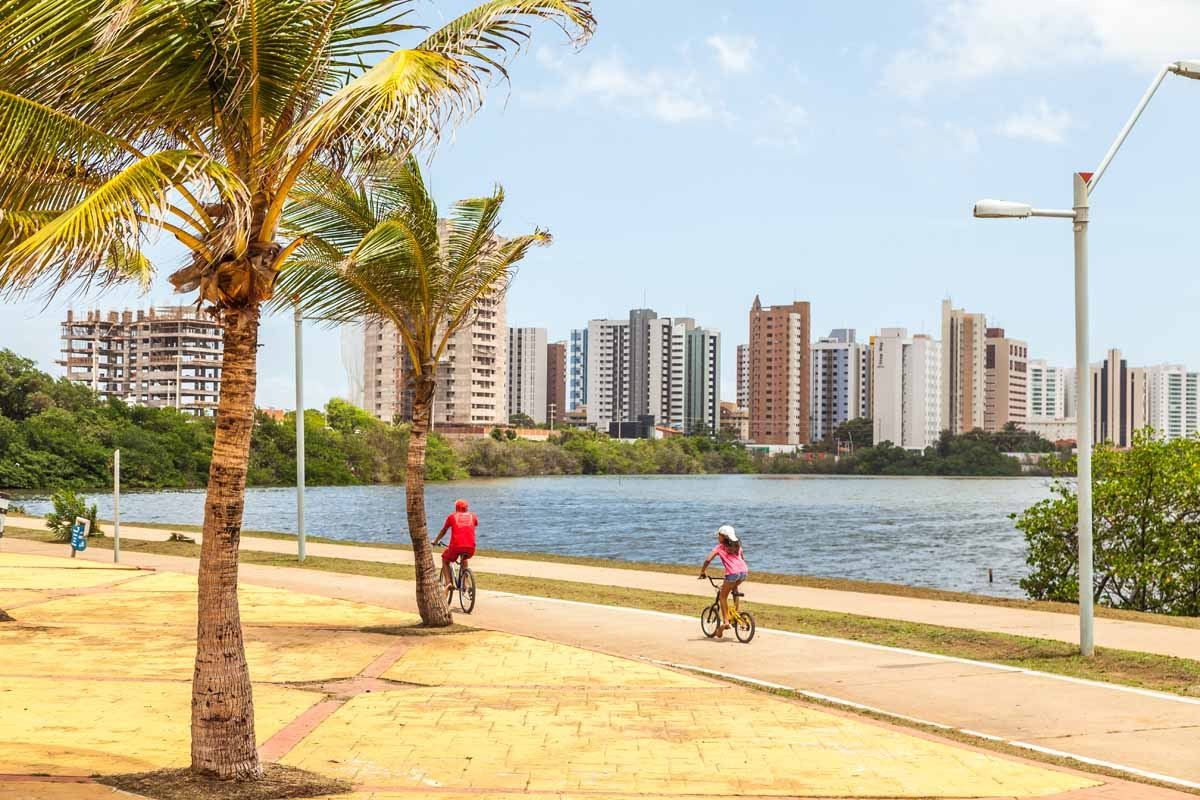 Jansen Lake is located in the upscale area of São Luís and concentrates most of the city's bars, restaurants and nightclubs. There are options for all tastes and budgets.

The area also offers a great space for leisure with sports courts, skate parks, bike paths and some kiosks. 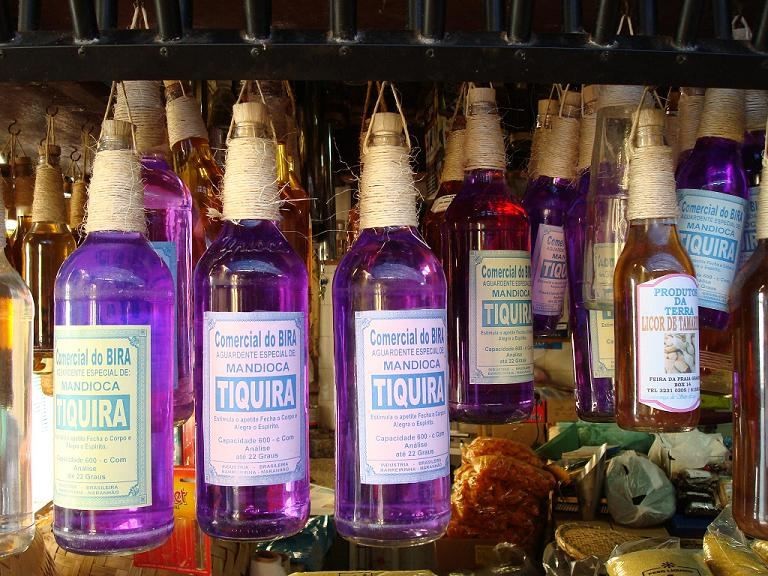 Batista's Bar is a classic in the historic center of São Luís. Installed inside a colonial mansion, the bar offers more than a hundred options of artisanal cachaças, including cupuaçu, cashew, ginger and guava, produced by the owner of the bar.

The bar is very rustic and frequented by locals and some tourists who pass through Travessa da Lapa (near Convento das Mercês), in the Desterro neighborhood. 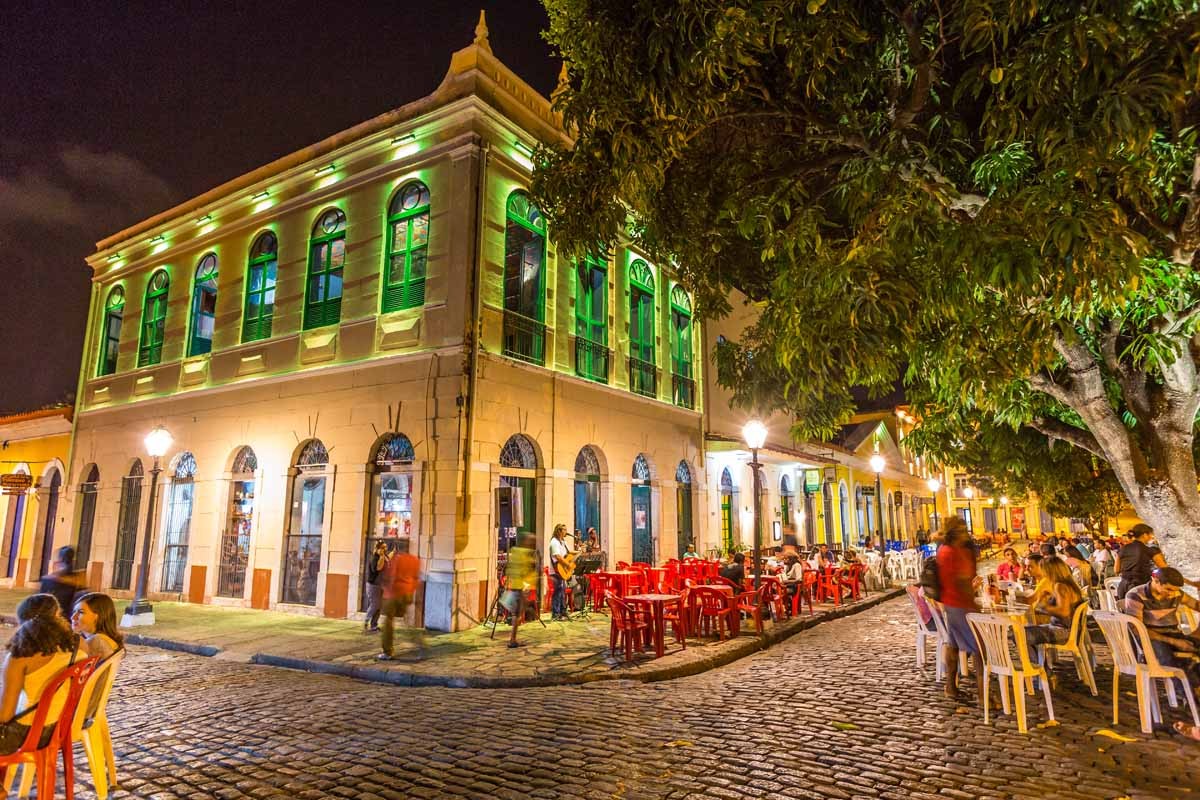 São Luís concentrates great options of bars, restaurants and nightclubs that are very popular among the residents of the city, yielding great night tours. 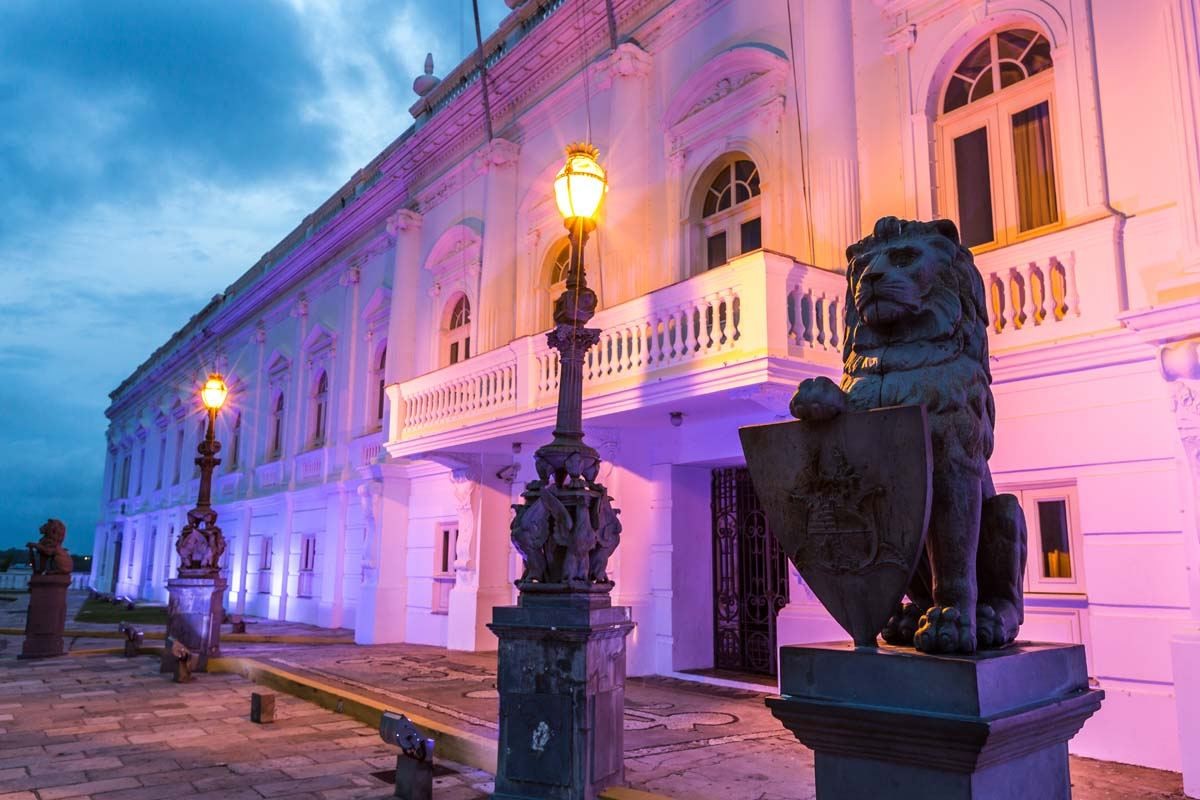 Palace of the Lions

The headquarters of the state government is located in a building listed by UNESCO and has approximately a collection of more than a thousand pieces, which show a little of the past of the capital of Maranhão. Among the pieces are French porcelain, paintings, objects and furniture from the 16th to the 20th century.

The space is open for visitation from Tuesday to Sunday and has free admission. 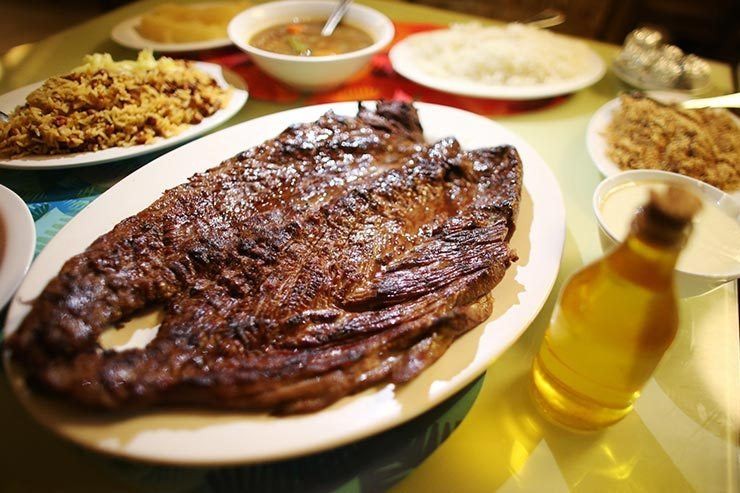 The Cabana do Sol restaurant is certainly one of the best in São Luís and offers typical dishes from Maranhão cuisine. The main highlight of the house is the sun-dried meat accompanied by cassava, paçoca and baião de dois (which can also be replaced by cuxá rice). To work up an appetite, order a portion of pastel with pepper jelly and a Jesus guarana, the famous pink soda, made in the state.

The Cabana do Sol Restaurant has two units in the city: one in the São Marcos neighborhood and another in front of Praia do Calhau, on Av Litorânea. 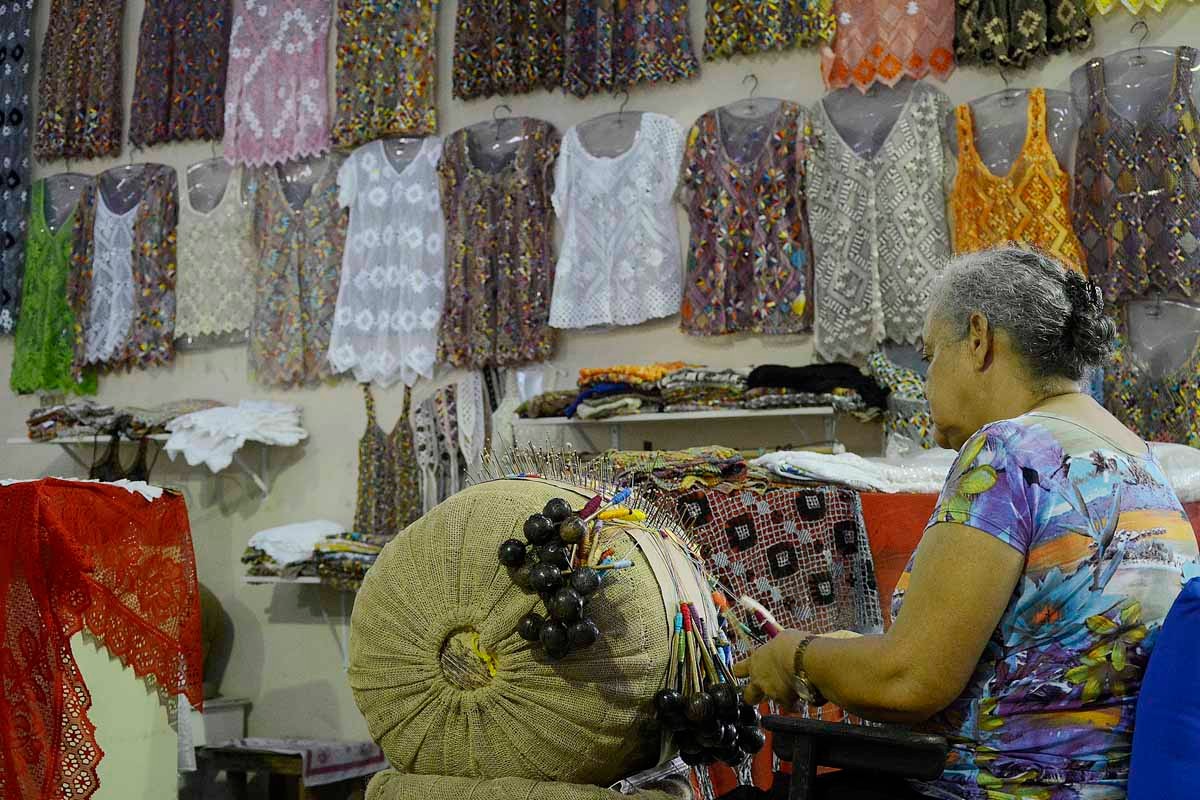 Passed from generation to generation, the art of bobbin lace is a striking feature of the city of Raposa, 30 km from São Luís. Rua da Lavanderia concentrates most of the shops selling handcrafted products made by women in the community. 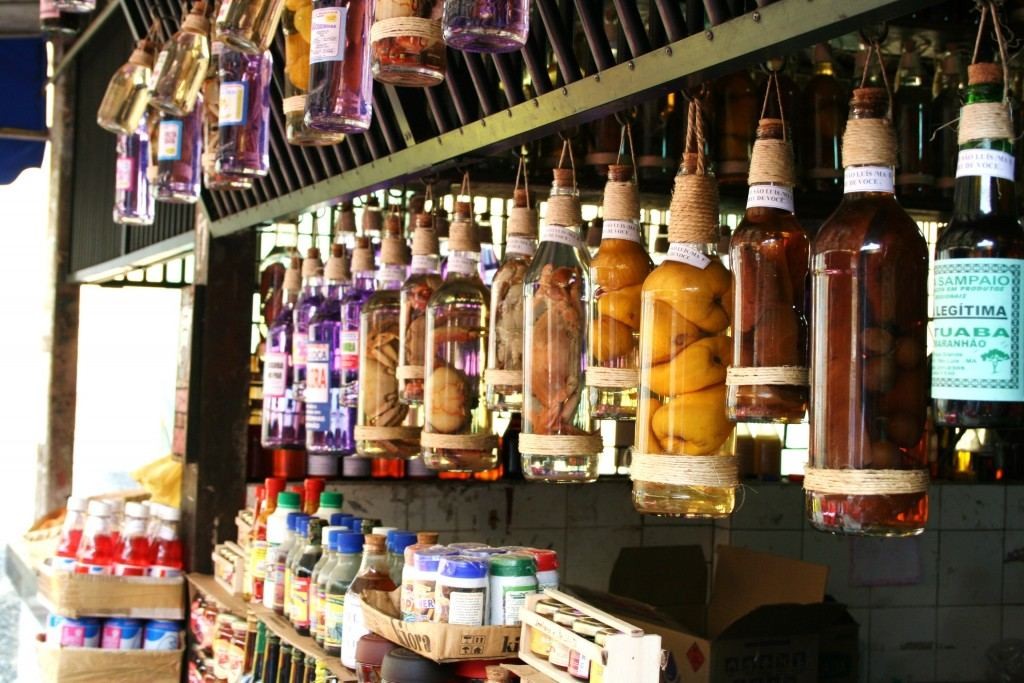 Located in the heart of the historic center of São Luís, the Praia Grande Market is the ideal place to find spices from the state. In addition to shops with food, fruits and typical sweets from Maranhão, the Market also has some rustic bars where you can order a table and cool off with a cold beer from the intense heat of the northeast.

When it comes to gastronomic tourism, São Luís has plenty of experience. After all, there is no shortage of traditional flavors from Maranhão for you to taste. Starting with cuxá, a sauce made with vinegar, sesame, dried shrimp and dried manioc flour.

In the historic center there is the famous Cafofinho da Tia Dica that serves a delicious dish of shrimp in garlic and oil with cuxá rice, vatapá and salad. I tried and recommend! But get there early, as the place fills up and the food can take a while.

Want a super traditional drink? Guarana Jesus! For those who have never heard of it, it is a 100% pink soft drink from Maranhão. Those who have a childish taste will enjoy it, because it tastes like bubblegum and is very sweet.

Regional fruits are also successful, such as buriti, which is very tasty and has high nutritional value. There is also the bacuri, which is a large fruit with buds, from the cerrado. Finally, cupuaçu, an Amazonian fruit from which the pulp is extracted. It is common to try them in their versions in creams, candies, jellies and desserts.

It is worth spending a few nights in São Luís if you want to enjoy the city calmly.

Want to have the best vacation of your life? So book your trip to São Luís now!

Here at bitbook.net you will find numerous accommodation options with the best prices, to enjoy the best has to offer.