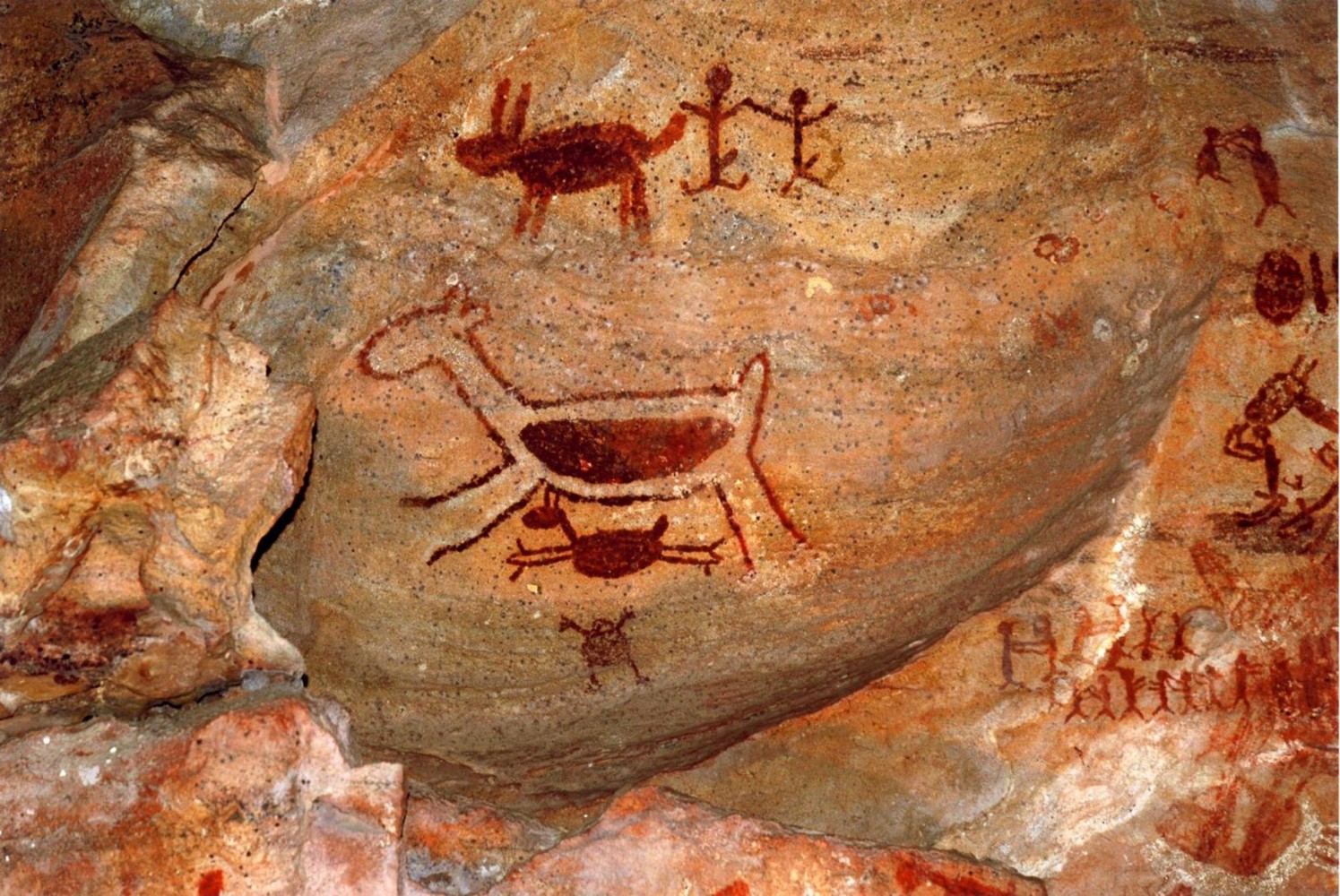 The Serra da Capivara National Park is home to the largest concentration of cave paintings in the world. The region also has unique landscapes, with canyons, plateaus and curious rock formations.

The Serra da Capivara National Park, in the hinterland of Piauí, breaks some records that are little talked about in Brazil: the area is certainly home to the largest concentration of prehistoric sites in the Americas and the largest concentration of cave paintings in the world: there are more than 1200 archaeological sites and more than 30 thousand paintings found in the region.

The vestiges found in the Serra da Capivara National Park helped to rewrite the history of man on the American continent. The historical importance of the site has received the title of Cultural Heritage of Humanity by UNESCO. Despite its great importance in world history, the destination remains unknown to most tourists. 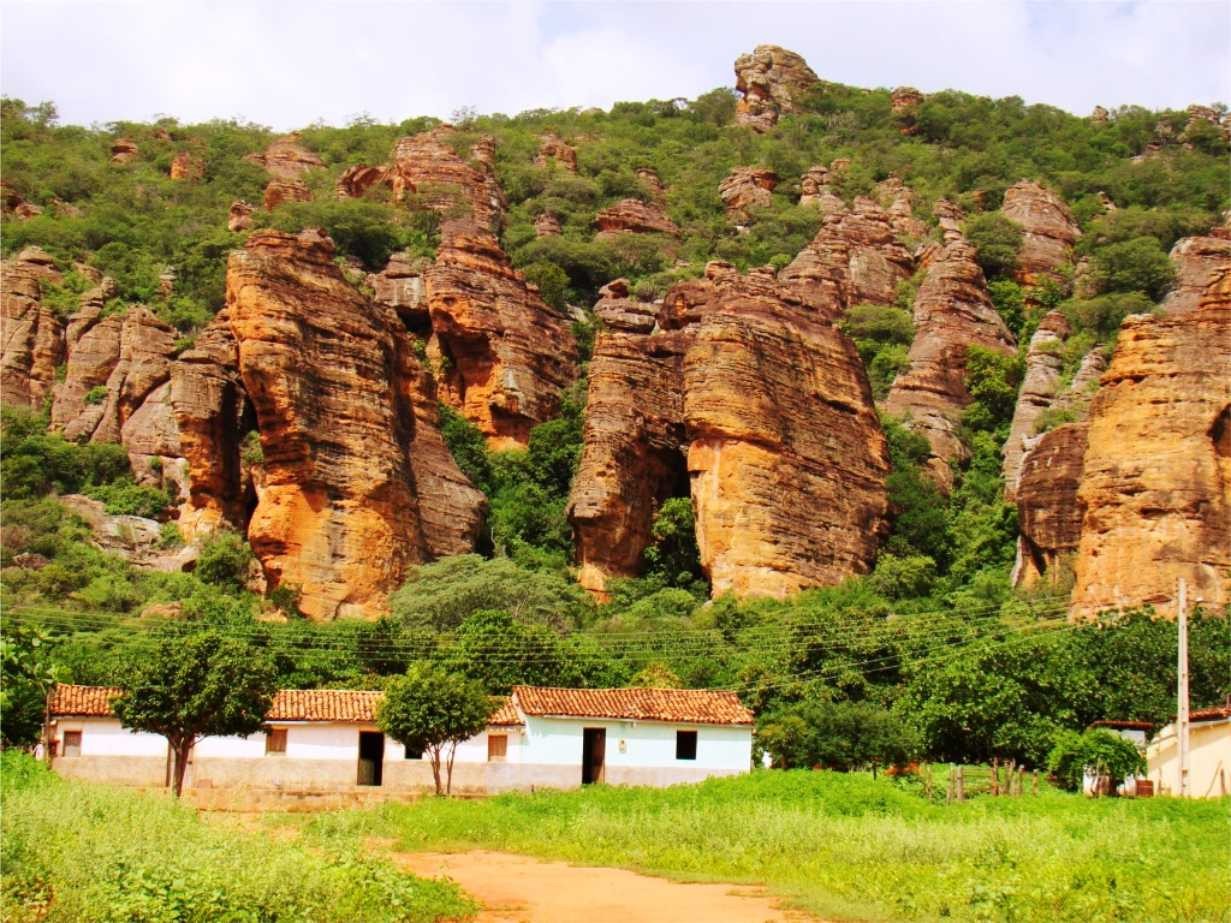 Located in southeastern Piauí, the Serra da Capivara National Park encompasses 13 municipalities and some villages in the state. São Raimundo Nonato, João Costa, Brejo do Piauí, Coronel José Dias and Sítio do Mocó are the main bases for tourists who seek to discover the mysteries and attractions of the region.

The Serra da Capivara National Park is made up of 4 mountains (Serra da Capivara, Serra Branca, Serra Talhada and Serra Vermelha). With distinct environments and landscapes, which shelter archaeological sites, curious rock formations, natural viewpoints, trails and species of fauna and flora typical of the caatinga. All of them offer tourist circuits open to visitors. 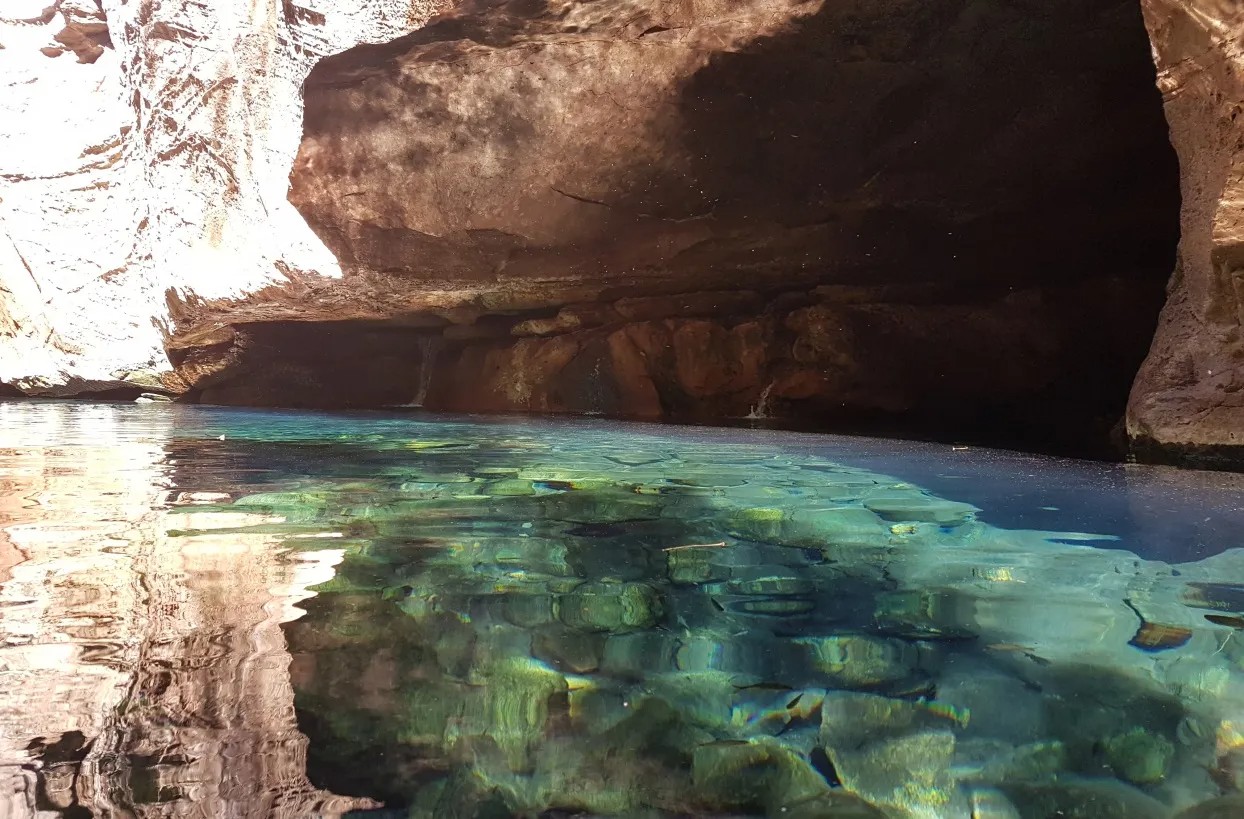 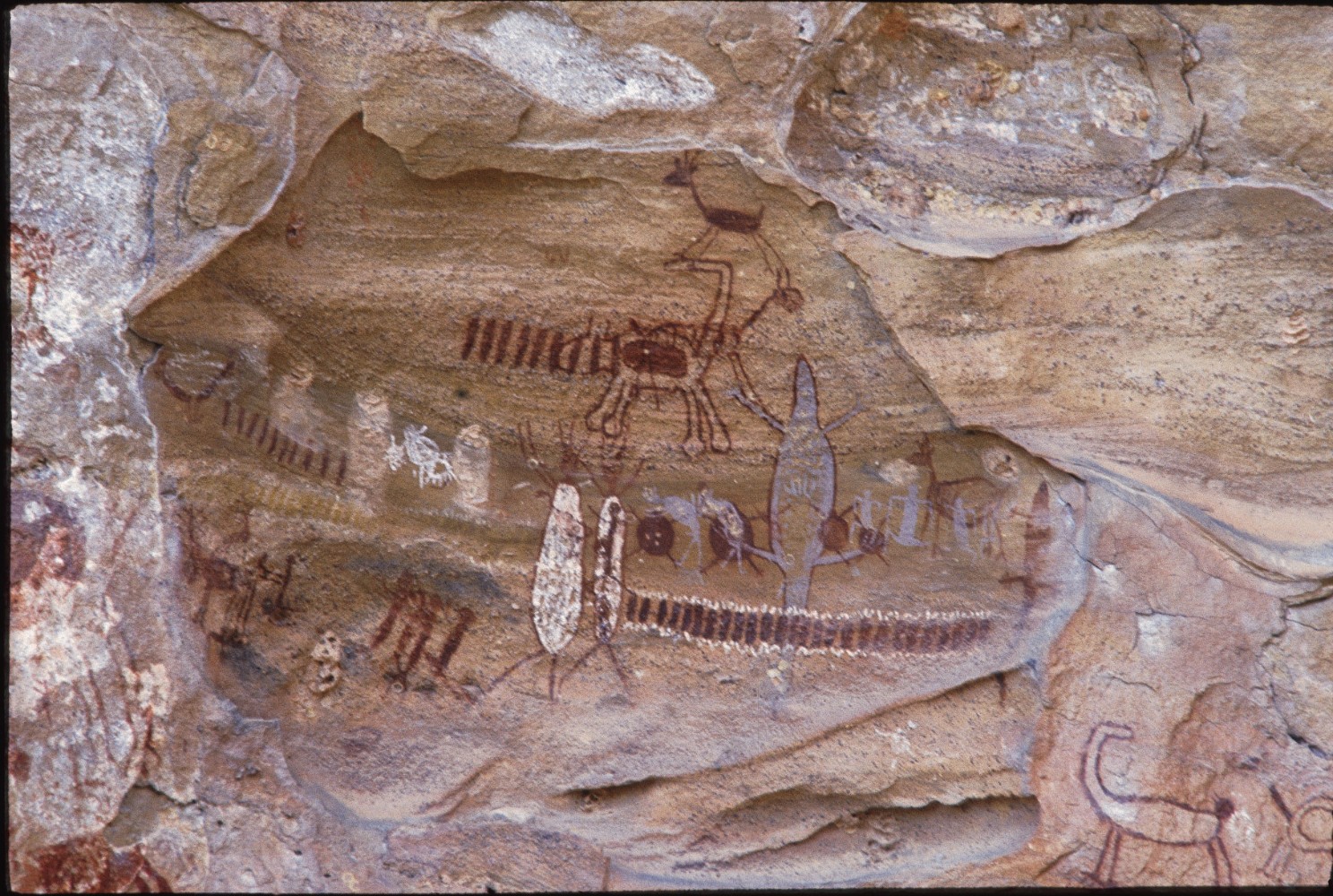 The site also has the largest collection of cave paintings in the world, that is, more than 30,000 illustrations found in rocks, caves and rocky walls between the park's mountains. In this way, the cave paintings found in Serra da Capivara depict details of the ancient societies that occupied the region, showing animals, hunting scenes, fighting, dancing and the daily life of our ancestors.

In addition, bones such as the skull of Zuzu, a human over 8,000 years old, fossils of megafauna and objects used by our ancestors were also found.

Along with the cave paintings, the geological landscape of the park is another attraction in itself. After all, mountains, valleys, canyons and plateaus provide impressive views of the region. The area is covered by Caatinga with predominant vegetation composed of cacti, bromeliads and thorny species, but it is possible to observe typical Atlantic Forest trees such as Gameleira and Embaúba. This diversity of biomes is the legacy left by the very nature of the region, which already had a tropical biome thousands of years ago. 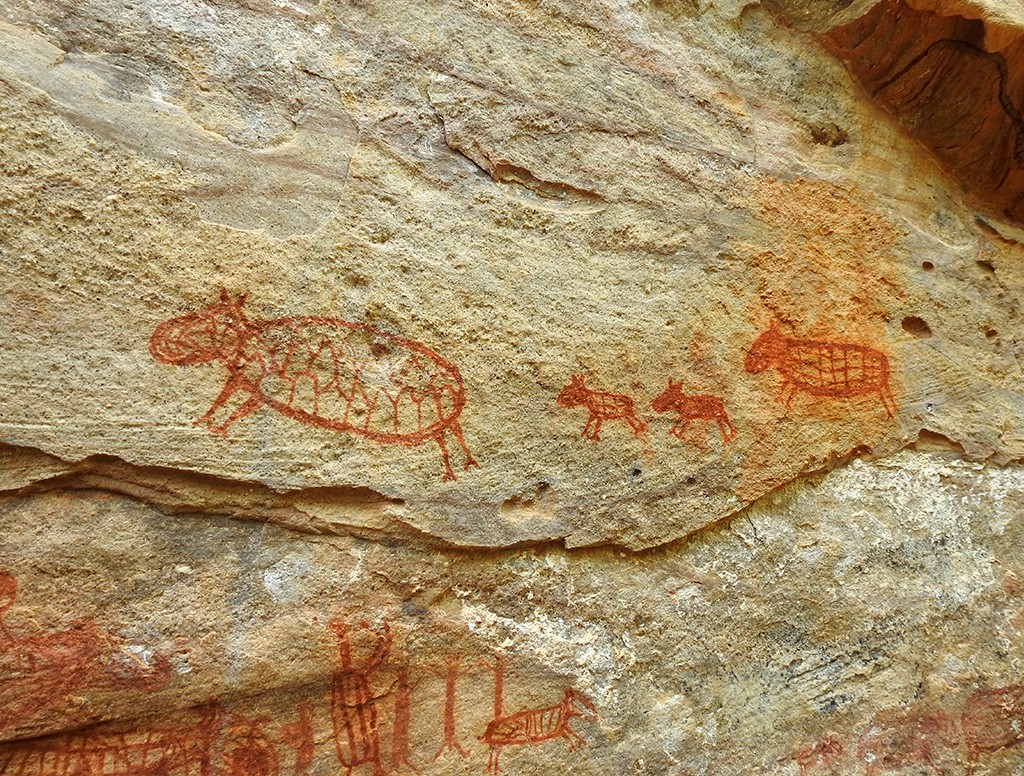 The cave paintings were presented to the world after the arrival of Dr. Niède Guidon, a Brazilian archaeologist, who arrived in São Raimundo Nonato in 1973, attracted by some photographs presented by the mayor of the municipality at the time. With the help of locals, Niède expanded the discoveries, until in 1975 she assembled a team of scientists and assistants to return to the region and carry out more extensive excavations.

Above all, after 10 years of work, the team found bones, ceramic pieces, chipped stones and remains of fires, which were studied and revealed that man lived in the region about 50,000 years ago, contradicting the thesis that the first men they would have reached America through the Bering Strait, around 35,000 years ago, when a natural “ice bridge” made it possible for men to cross from Asia to the American continent.

The discoveries found in São Raimundo Nonato were reported in the main newspapers of the world, creating a second hypothesis of the arrival of man in the American continent. The first is that man crossed the Bering Strait much earlier than estimated, or that other tribes crossed the Atlantic Ocean to the northeast of Brazil.

These vestiges can be seen at the Museum of American Man, in São Raimundo Nonato, and at the newest space dedicated to the history of the region: the Museum of Nature, located right in front of the entrance to the National Park, in Sítio do Mocó, a small village belonging to the municipality of Coronel José Dias. 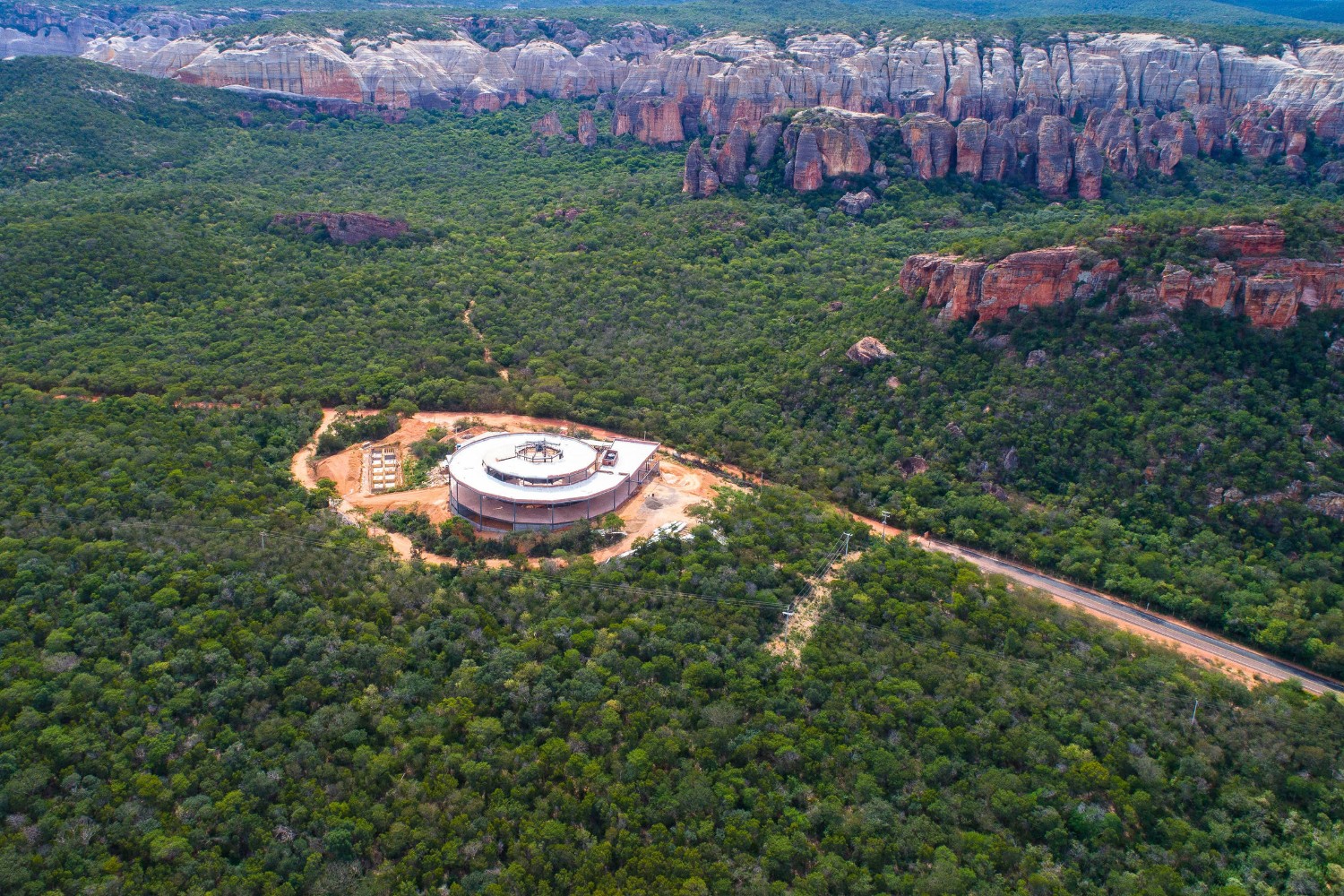 The Museum of American Man brings together about 90 pieces found in archaeological sites in the region. The space is located in the city of São Raimundo Nonato and has valuable examples such as bones, pebbles burned in a bonfire, objects used by prehistoric civilizations and ceramic fragments over 8,000 years old. A great opportunity to see a little more of the mysteries, treasures and cave paintings that Serra da Capivara has.

The path houses some of the most important sites in the protected area, for example, and also the first den visited by Dr. Niéde Guidon in the 70s.

In addition to prehistoric sites, the Capivara Canyon also offers trails to surprising natural attractions such as Mirante Baixão da Vaca and Toca do Inferno, a cave hidden between the rocky walls, with impressive geological formations.

Serra Vermelha is home to the greatest biodiversity in the northeastern interior. Thus, the area has about 120,000 hectares where three Biomes are found: the Atlantic Forest, the Cerrado and the Caatinga. The circuit is much sought after by more adventurous profiles, who seek to discover viewpoints and wilder trails.

Access to Serra da Capivara National Park can only be done with a guide accredited by FUMDHAM and can be visited from 6 am to 6 pm.

Guides can be hired at tour agencies and at the park's entrance. Each driver can assist a group of up to 8 people and the amounts charged are set by the Foundation itself. 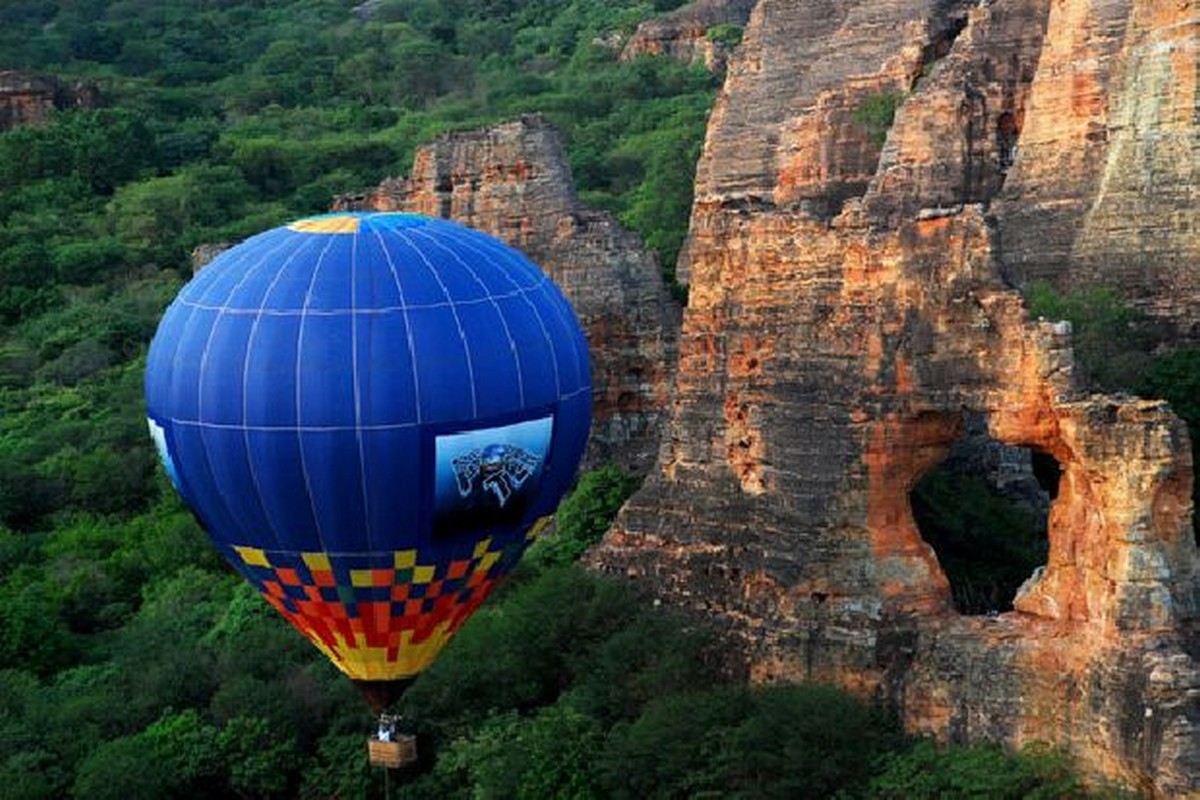 The preservation area is located in the heart of the Piauí hinterland, so be prepared for hot, dry days. In fact, the seasons in this part of Brazil are well defined and can be divided into only two periods: summer, when temperatures reach their maximum level, and winter, when the region is watered by the rains that pass between the months of December. to May.

The municipality of São Raimundo Nonato is the most popular base for tourists. The city does not offer many accommodation options, but it is possible to find cozy places. Among the most popular options are the Pousada Zambelê, in the city center, and the Pousada Progresso.

Finally, another option closer to the Park, but with less infrastructure for tourism is the city of Coronel José Dias and the village of the Mocó site. Our indications are the rustic options of Cooperativa Cerâmica Serra da Capivara and Camping Pedra Furada.

Want to have the best vacation of your life? So book your trip to SERRA DA CAPIVARA now!

Here at bitbook.net you will find numerous accommodation options with the best prices, to enjoy the best SERRA DA CAPIVARA has to offer.