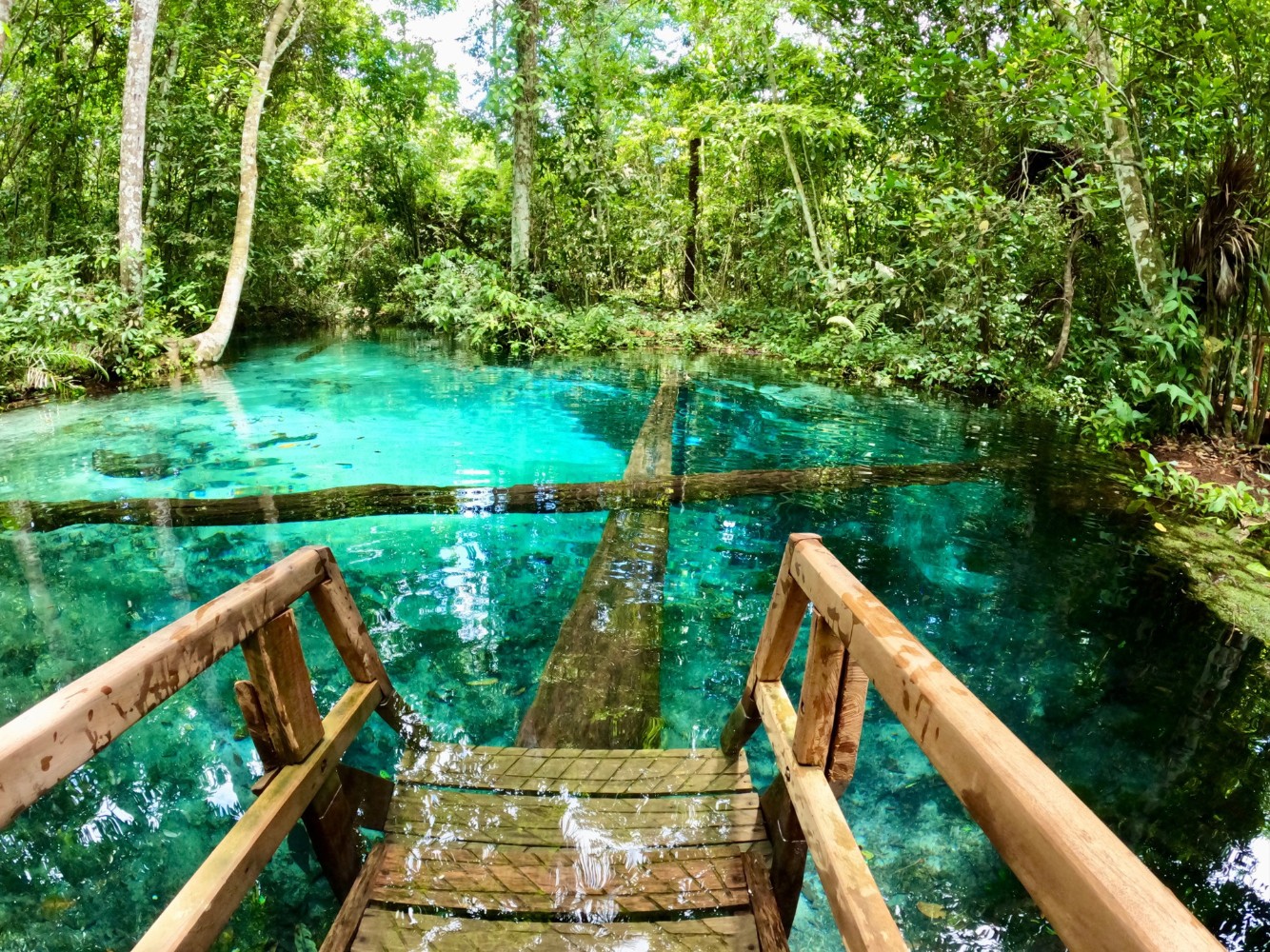 There are many tours in Chapada dos Guimarães waiting for you. This region of Mato Grosso, in the middle of the Brazilian savannah, has impressive scenarios that deserve to be known.

If you love ecotourism or are looking for more contact with nature, this is the ideal place to visit. There is a lot to see and do in Chapada dos Guimarães. There you will find trails that lead to rocky walls, valleys, waterfalls and caves. You can also cool off and dive in crystal clear waters, in addition to contemplating beautiful landscapes in its various viewpoints. 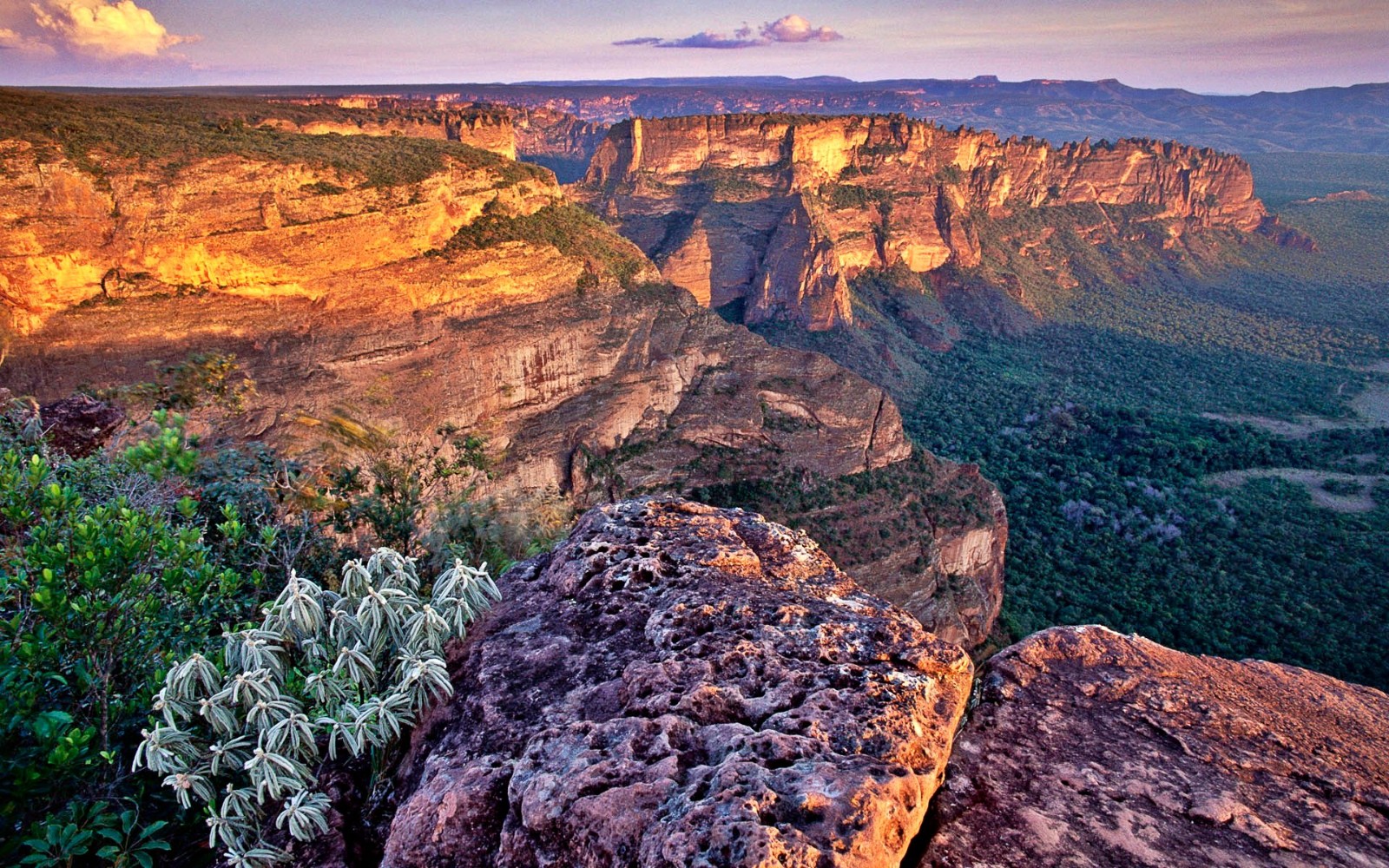 Located 1 km from the city center, Morro dos Ventos is 800 meters high and has a viewpoint that reveals an incredible view of the rocky walls. To get to the viewpoint, you have to enter a private condominium, with paid access. The place has a restaurant that offers typical dishes of the region.

From the top of its 836 meters of altitude, it is possible to have a panoramic view of the region. However, to reach the top, you need good physical conditioning and a lot of breath: the journey alone takes five hours of walking, accompanied by a guide. 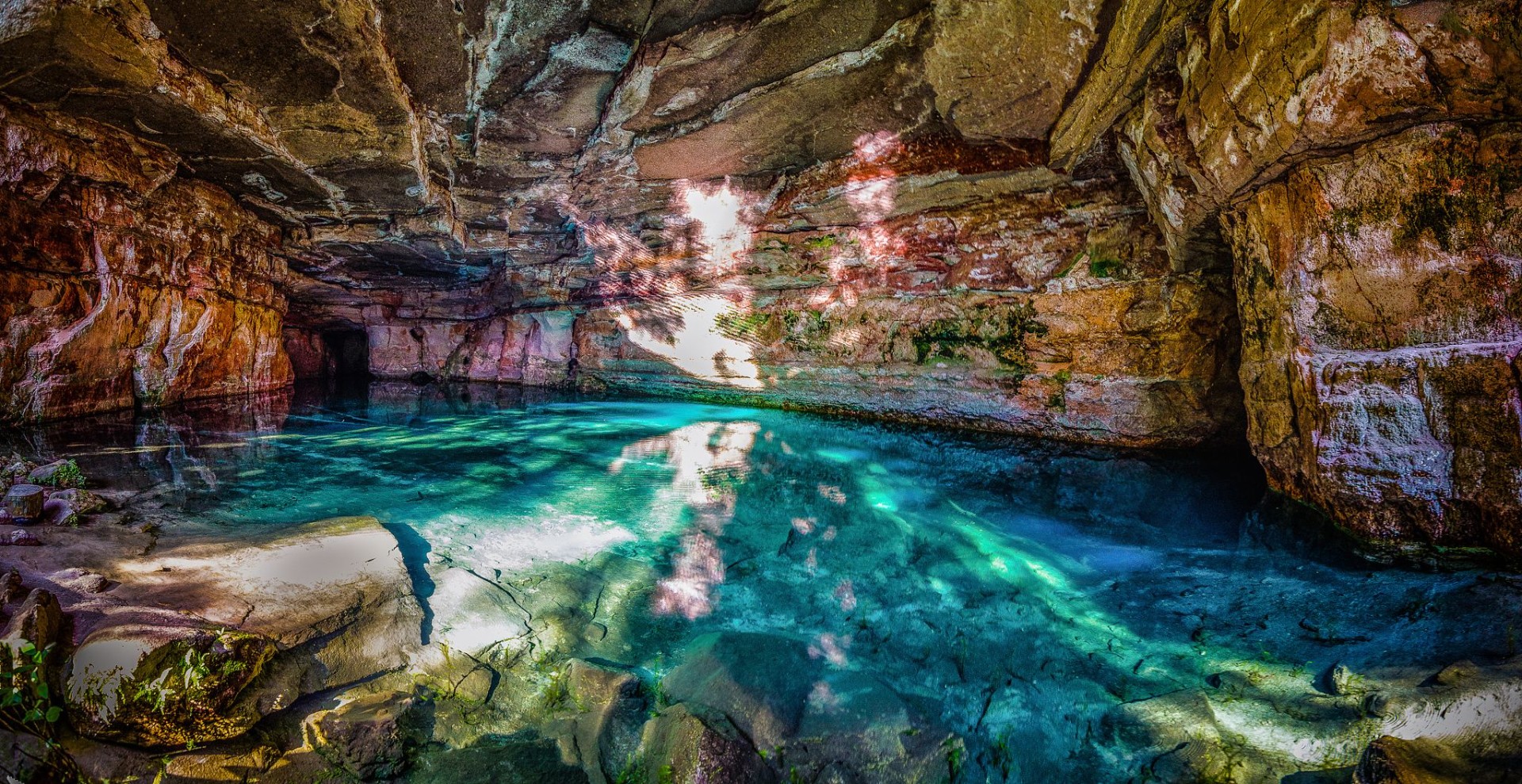 The trail that leads to the beautiful Blue Lagoon is one of the main walks in Chapada dos Guimarães. It crosses the grandiose Aroe Jari Cave and reveals the lagoon of crystalline waters, illuminated by beams of light. A stunning setting that makes for great photos.

In addition to the Blue Lagoon, in this part of the Caves Circuit, it is possible to visit two halls, which are called the Shower Hall because water is falling from the ceiling, and the Golden Hall, which is named after a ceiling studded with Pyrite, the fools gold, which has no commercial value, but makes the place very beautiful. 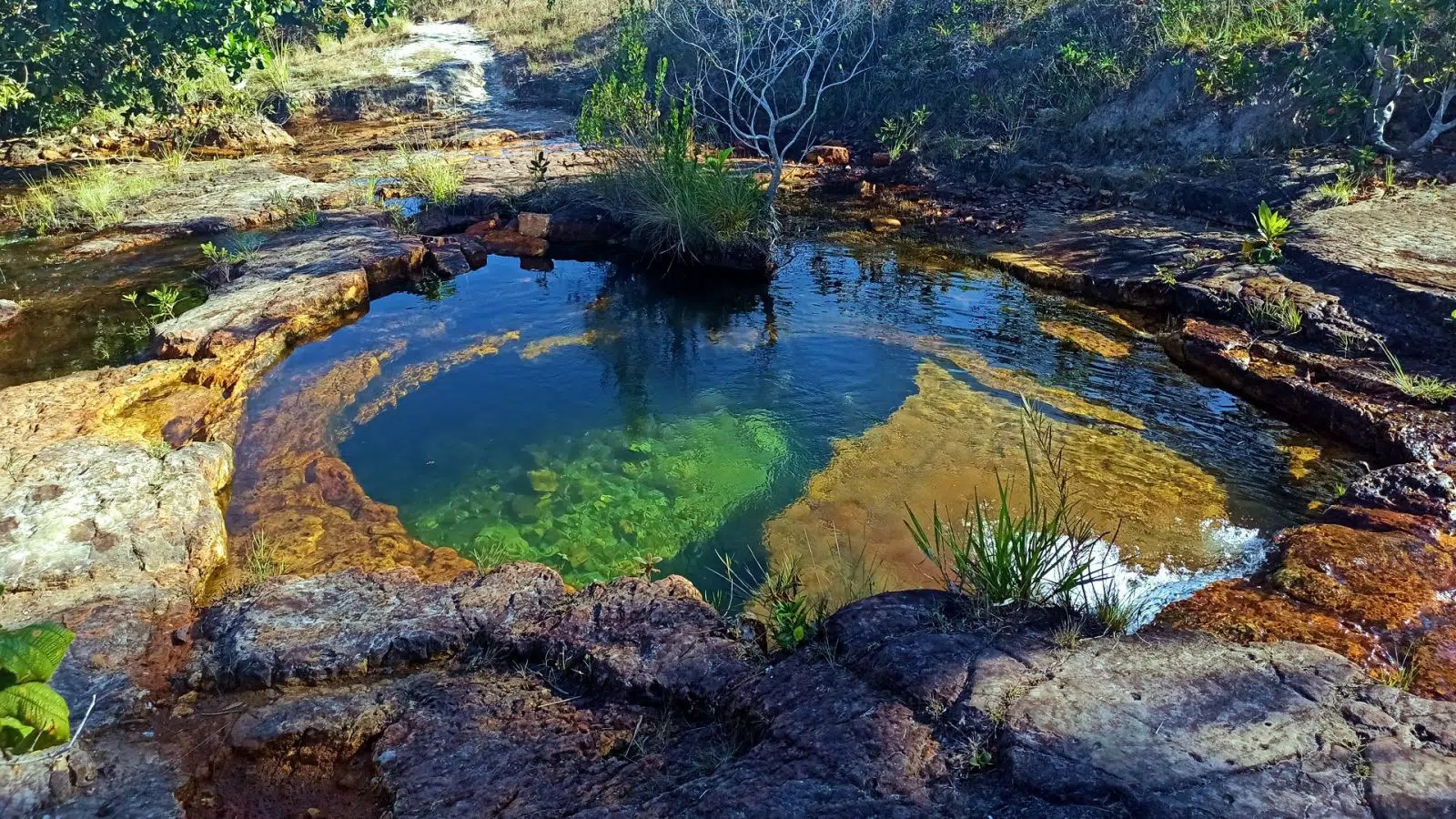 The Campo Verde Circuit, also known as the Águas do Cerrado Circuit, is another super interesting tour to do. In addition to passing through several waterfalls and caves, this route reveals impressive archaeological sites. It starts at Poço do Amor and passes through eight more waterfalls. 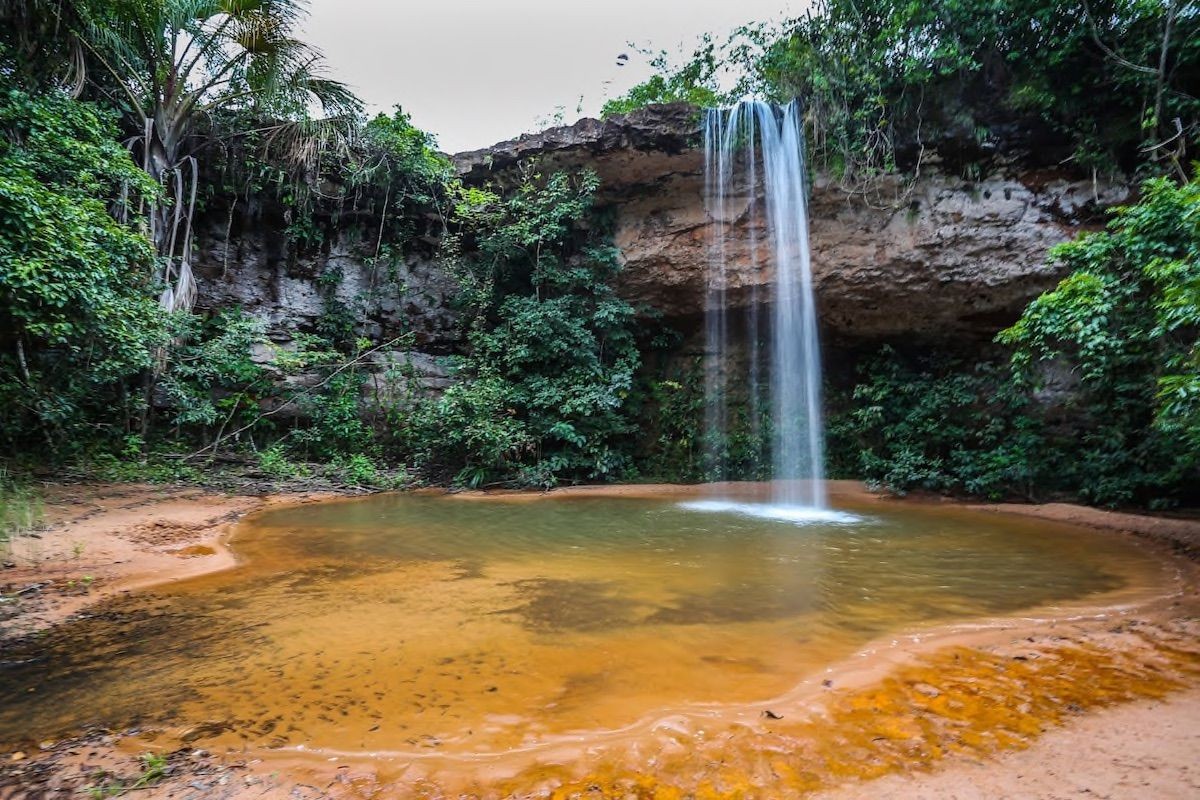 The national park is home to 659 known species of plants, 44 of fish, 242 of birds and 76 of mammals. In addition to this diversity of species, the park protects 10 different types of Cerrado vegetation and is a place where there are different geological formations, including areas of desert and marine origin. For this reason it is said that Chapada dos Guimarães was once sea and desert over millions of years. 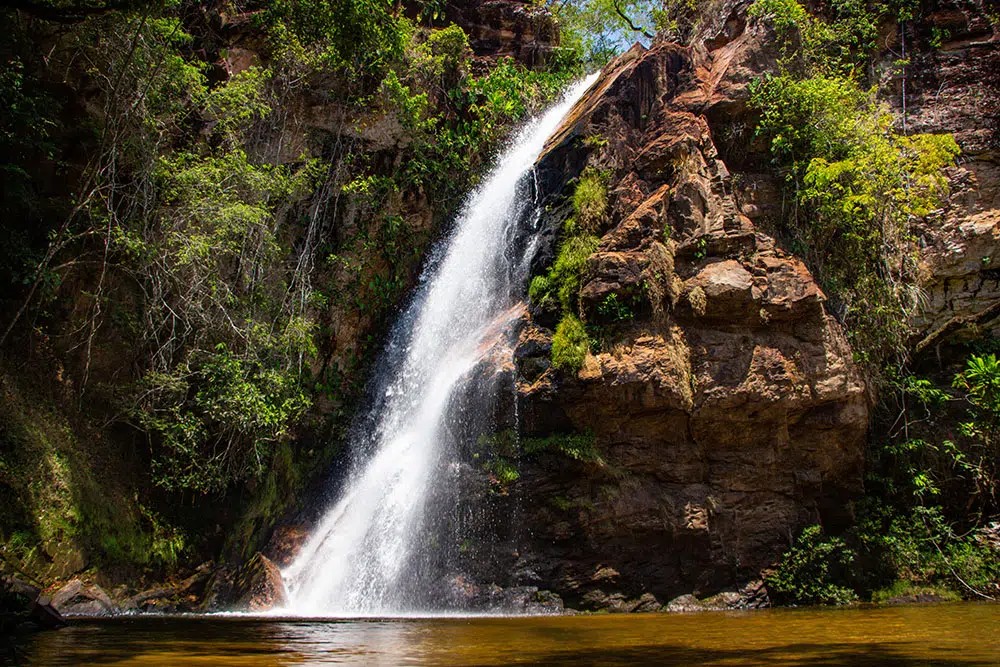 Considered one of the most beautiful waterfalls in Chapada dos Guimarães, Cachoeira das Andorinhas is about 30 meters high. It can be known from the Circuito das Cachoeiras, which runs through six waterfalls in 7 km of moderate trail. 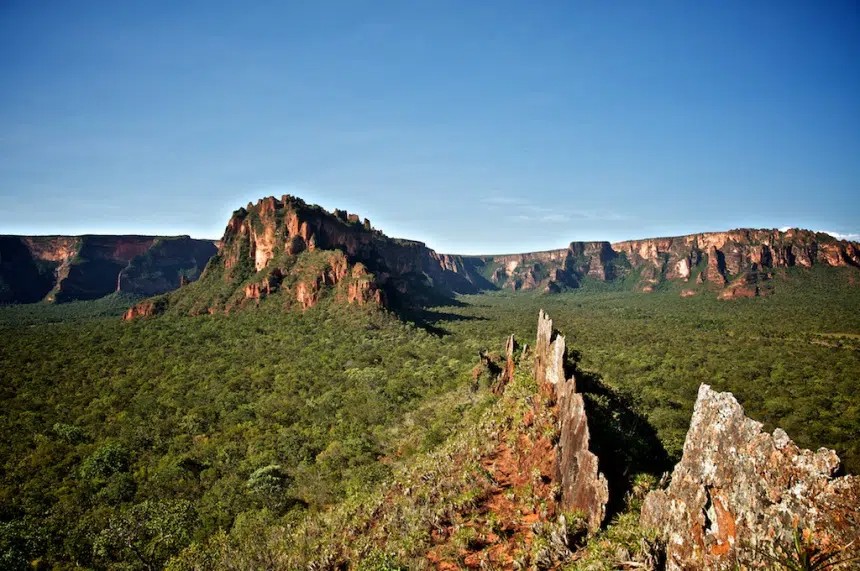 From the top of Morro Crista de Galo it is possible to have a panoramic view of Chapada dos Guimarães and its walls. To get there, just follow a gentle slope trail for 10 minutes. The place gets its name because of the rock formation that resembles a rooster's comb. 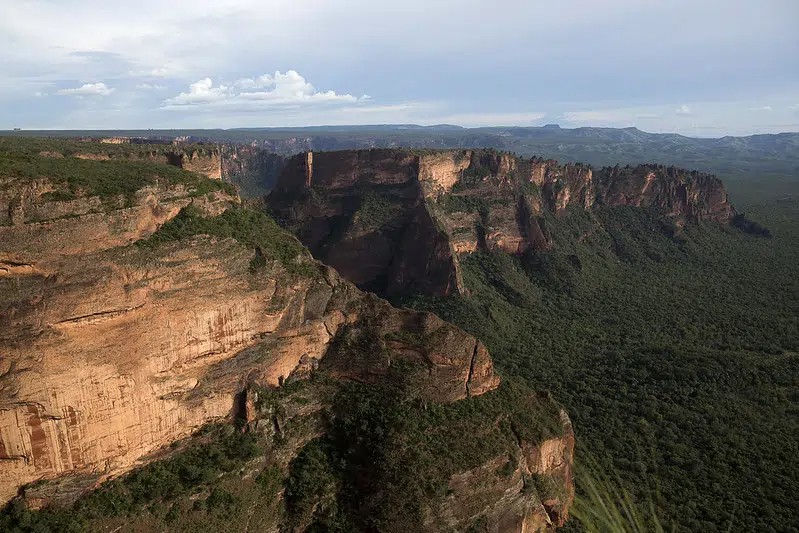 Cidade de Pedra is part of two tours in Chapada dos Guimarães: the trail to Morro de São Jerônimo and the Circuito das Cachoeiras. The site resembles a medieval city made of reddish rock formations, which suffered from the action of wind and rain. Some monumental cliffs reach more than 350 meters in height. 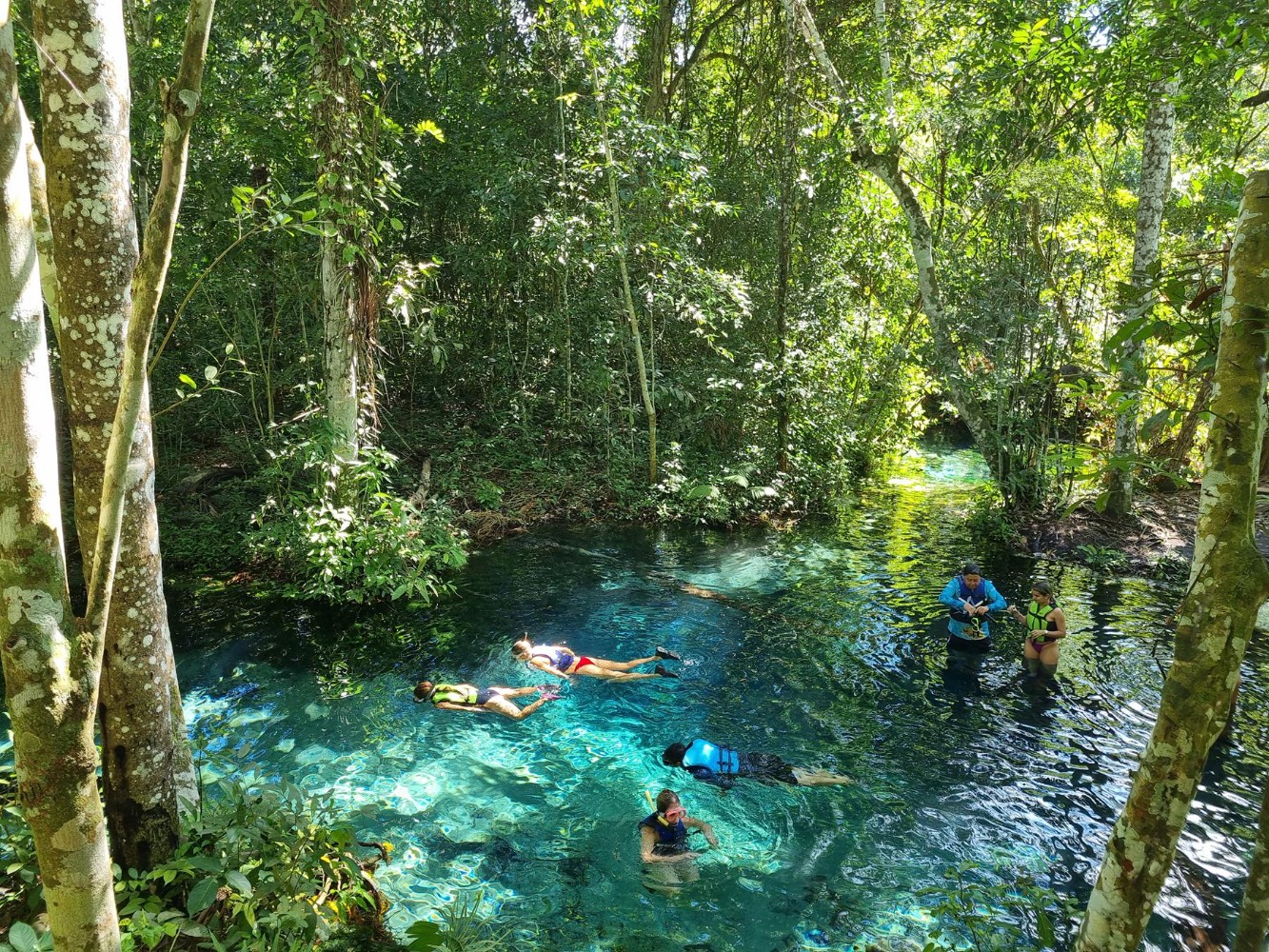 Vale do Rio Claro has preserved vegetation amid rock formations and natural pools that make it a refuge for those who want to immerse themselves in nature. It houses the Crista de Galo hill and the beautiful Poço da Anta and Poço Verde, great for bathing and floating. 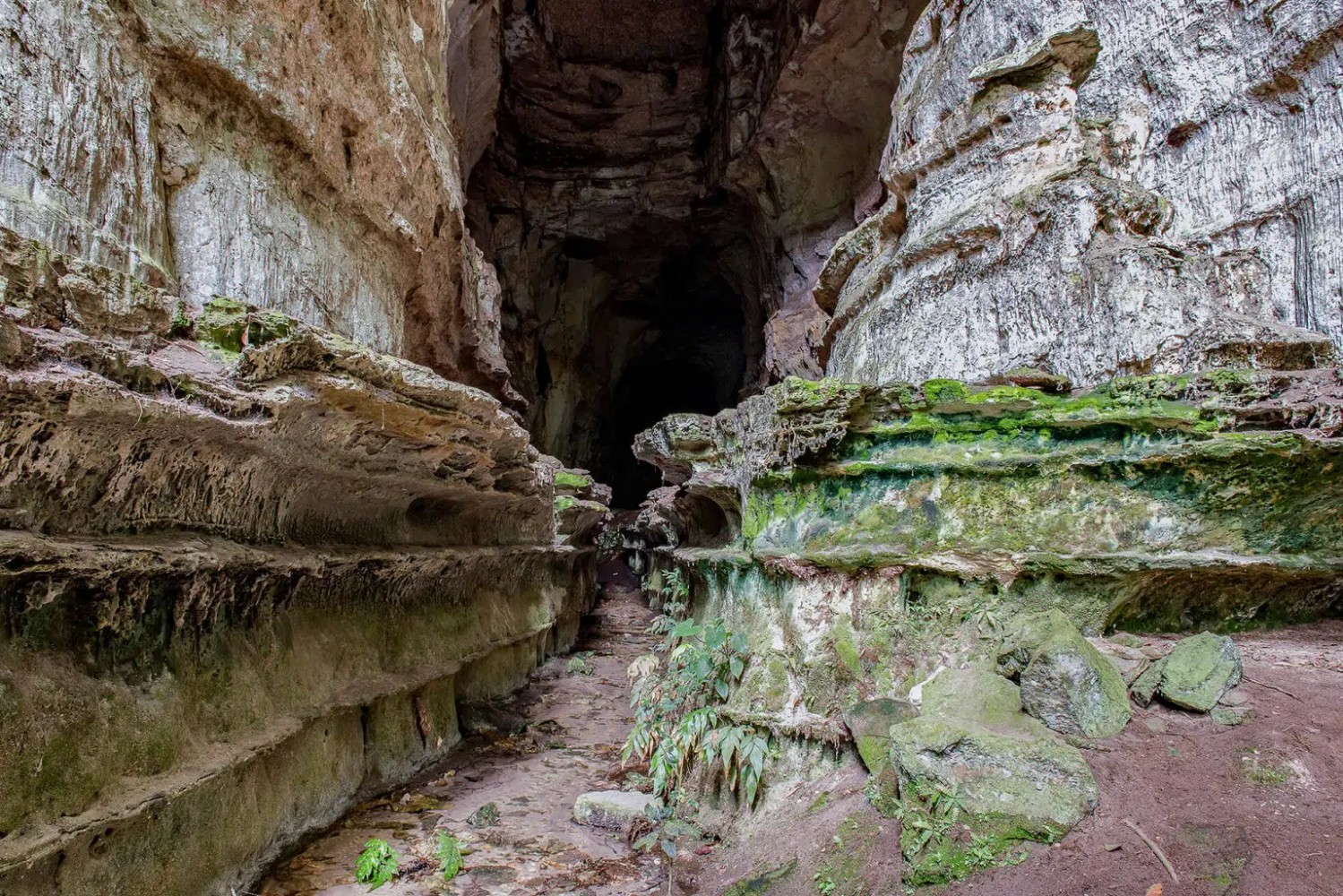 The Kiogo Brado Cave impresses right away: its entrance is 30 meters high. Inside, there is a watercourse that follows a natural duct for 273 meters, until the exit. At the end of the route, the visitor is presented with a wide view of the interior of the cave. 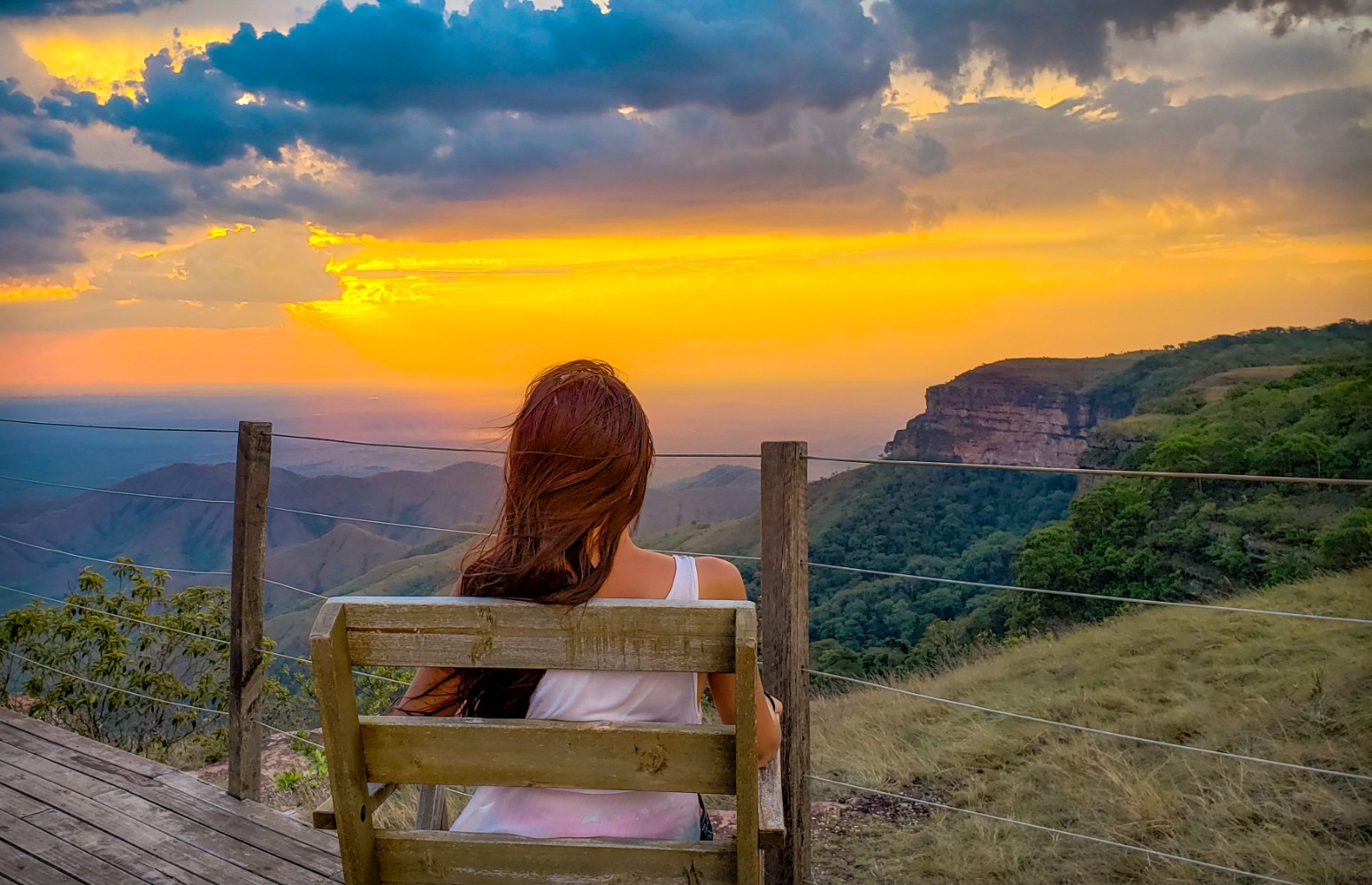 A mandatory stop when visiting Chapada dos Guimarães, the Mirante do Centro Geodesico is located in the central point of South America – 1,600 km from the Pacific Ocean and the Atlantic Ocean. The viewpoint is 845 meters high and offers an incredible view of the region – with any luck, on clear days, it is even possible to see the city of Cuiabá, which is 30 kilometers away. 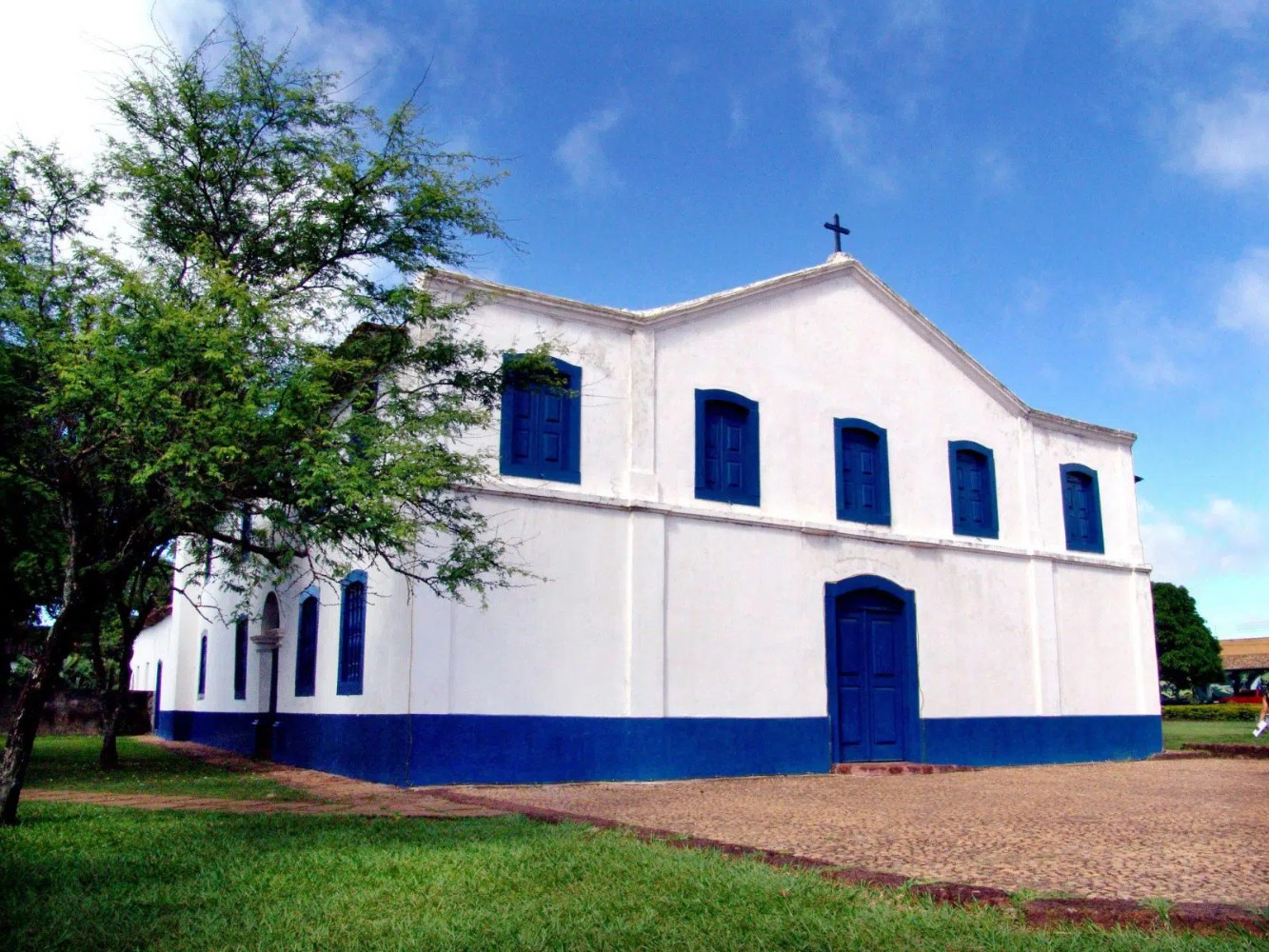 The Church of Santana is in the center of the municipality of Chapada dos Guimarães and its square is a meeting point for those visiting the region. The beautiful baroque church was built in the 17th century. In its square, the fair of local products is held. 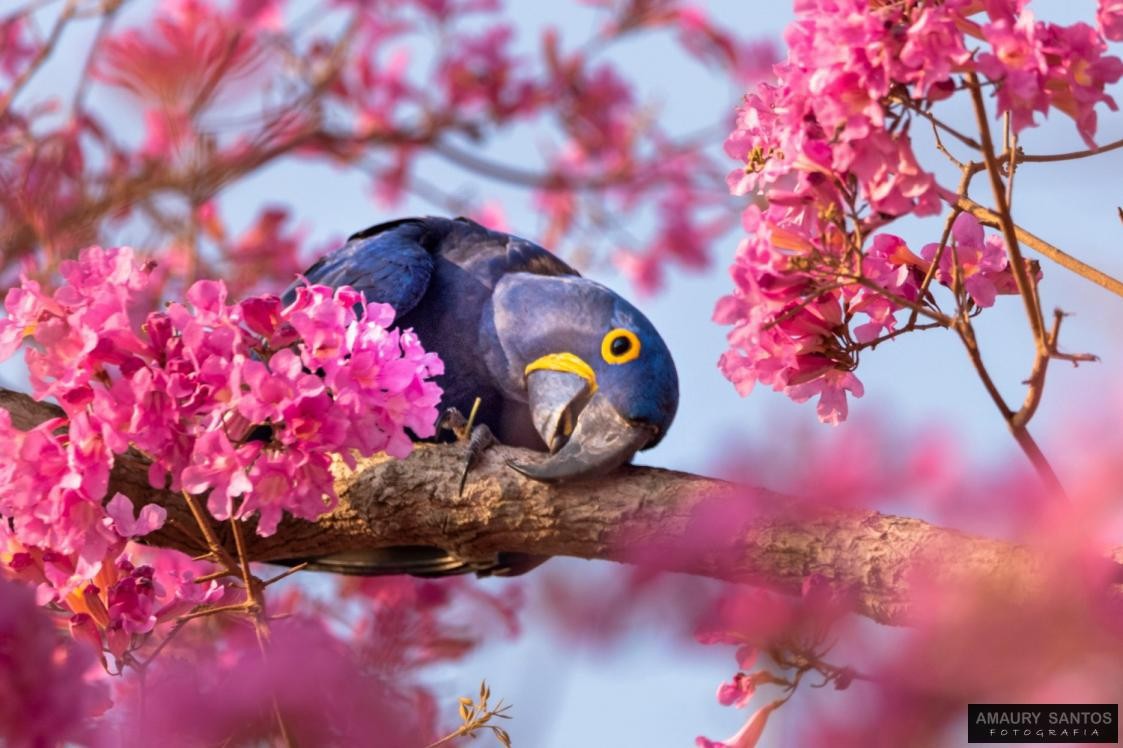 Cradle of several species, Chapada dos Guimarães is a great place to go bird watching. Among the best spots for the practice are Vale da Benção, the Salgadeira River and the roads that lead to Aldeia Velha and Mirante Geodesico. Get ready to see scarlet macaws, ben-te-vis, toucans and other animals. 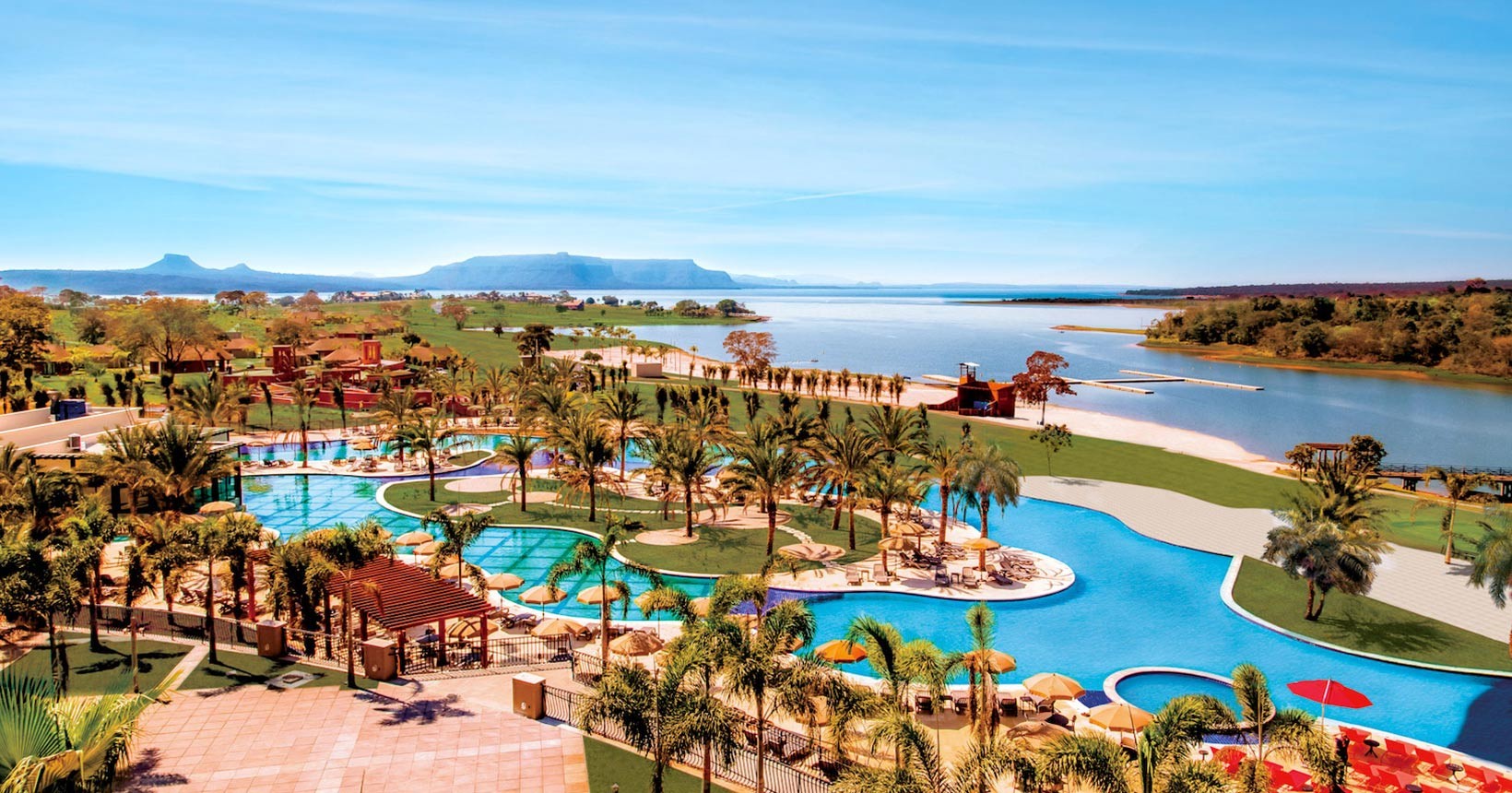 Want to have the best vacation of your life? So book your trip to CHAPADA DOS GUIMARÃES now!

Here at bitbook.net you will find numerous accommodation options with the best prices, to enjoy the best CHAPADA DOS GUIMARÃES has to offer.