Cartagena, Colombia's fifth largest city, is located in the north of the country, on the coast of the Caribbean Sea.

Cartagena, the City Where History and Nature Meet

Cartagena, Colombia's fifth largest city, is located in the north of the country, on the coast of the Caribbean Sea. With a population of approximately 1 million, Cartagena is the second city established by the Spanish in the country and later one of the centers where African slaves lived freely for the first time. Colombian Indians, Africans, Spaniards, Arabs and Middle Easterners make up the population of the city and country.

If you make your hotel, flight and car rental reservations for your trips through Bitbook, you can benefit from an average of 20% cashback.

In this respect, I can say that Cartagena is the most historical city of the Caribbean. The 29 forts and 13 kilometers of historical colonial-style city wall built to protect the city from pirate attacks were included in the UNESCO World Cultural Heritage list in 1984. Walking through the cobblestone streets of the old city within its historic walls, you feel like you are living in the Spanish colonial times. 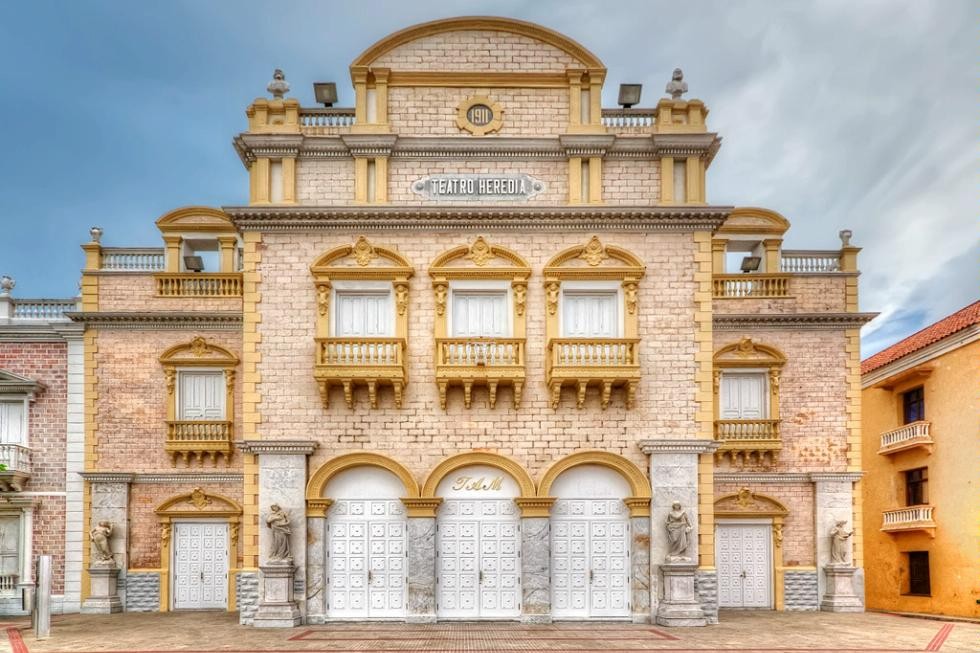 Founded in 1533 by the Spanish commander Pedro de Heredia, Cartagena de Indias has been an important port city for centuries due to its geographical location being suitable for a port. Colombia, which is the third largest country in South America both in terms of population and economy, exports its main products such as oil, coal, coffee, bananas, emeralds, flowers and platinum to the world.

The city, which is built around a large lagoon and has wide beaches, is one of the important touristic centers of both Colombia and the Caribbean, as the temperature does not fall below 30 C throughout the year. Although it is not at the top of the list of places to vacation or visit for many people, I think Cartagena is a place that appeals to tourists from all walks of life and all budgets with its friendly people, history, architecture, nature, tropical climate, delicious food and fruits, and magnificent entertainment life.

The currency of the country is the Colombian Peso (COP) equal to 0.0003 USD. In other words, 1 USD is around 3100 COP. Be prepared to spend a lot of money here. I recommend that you do not exchange money from the foreign exchange brokers roaming the streets because you may encounter problems such as counterfeit money or missing money. The safest thing is to withdraw as much money as you need from the ATM with your debit card. Many hotels, restaurants and shops accept credit cards.

The city has two main centers. One is Ciudad Amurallada, the historic city within the old city walls, and the other is Bocagrande, Cartagena's Miami with its tall hotels and apartments rising to the sky. Start your exploration of the city from the old clock tower, which is the symbol of the city. You can take a nostalgic horse-drawn carriage tour from the Plaza de Los Coches square, just behind the tower. 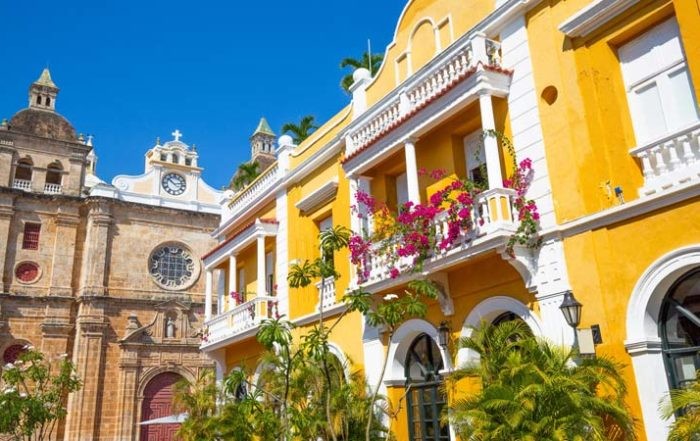 If you are going to continue walking around the city, I suggest you first visit the Plaza de la Aduana and the Museum of Modern Art, and then the Plaza Bolivar and the Museo Del Oro Zenu – Zenu Gold Museum. Although this gold museum does not have a large collection like the one in Bogota, it displays beautiful gold and earthenware vessels and artifacts belonging to the Zenu people. The Palacio de la Inquisicion-Palace of the Inquisition, built in the late colonial style in Bolivar Square, can also be an interesting option. In addition to the torture instruments used during the Inquisition, the museum includes various vessels and historical objects from pre-Colombian times to the present.

Santo Domingo Church, named after the square Santo Domingo, is the oldest church in the city. The original church was located in Plaza de los Coches, the square behind the clock tower in 1539, but was rebuilt in Plaza Santo Domingo in 1552 after a fire.

You can go to Baluarte de Santo Domingo, or Santo Domingo fort, to take a break from sightseeing, watch the surroundings or take photos. 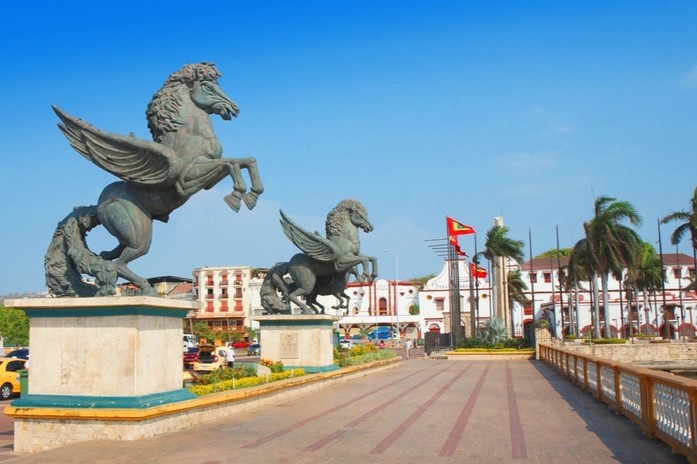 After taking a breather, I suggest you turn your route towards the home of the world-famous Colombian writer Gabo, that is, Gabriel García Márquez, winner of the 1982 Nobel Prize in Literature. The novels One Hundred Years of Solitude (1967), Red Monday (1981), Love in the Time of Cholera (1958), which many of us have in our library, are Marquez's best-known novels. Many of his works, including "Love in the Time of Cholera", are set in Cartagena. Many scenes of the movie of the same name, adapted from the novel, were shot here. Viewers of the movie can feel like they are on the set of the movie while walking the streets of Cartagena.

Just outside the city walls is a beautiful old mansion where former president and lawyer Rafael Núñez lived. This is the place where the national anthem and its constitution were written. In the museum, you can see documents from Colombian history and personal belongings of Rafel Nunez.